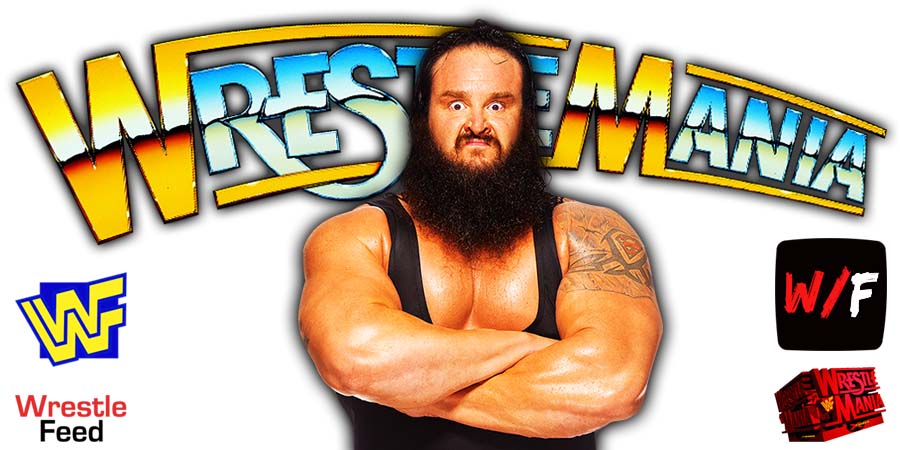 • Braun Strowman Rumored To Face A WWF Veteran At WrestleMania 37

On this week’s episode of RAW, Braun Strowman appeared in a backstage segment and asked WWE Official Adam Pearce why he isn’t in the WWE Championship Elimination Chamber match.

Pearce also said that he’s talking to the wrong guy, as Shane McMahon booked this match, not him.

Strowman then told Pearce to let Shane O’Mac know that he needs to make it right, or it won’t be pretty for the Old School WWF Veteran.

This began rumors that WWE is planning Shane McMahon vs. Braun Strowman at WrestleMania 37, which would explain Shane’s weird appearance on RAW a couple of weeks back, where he opened up RAW, told Pearce to announce the WWE Title Elimination Chamber match and left.

As we have noted before, WWE is looking to bring back big names to fill out two nights of WrestleMania 37 and draw a decent crowd, and Shane O’Mac has been a proven draw in the past (there was a good amount of increase in WWE Network subscriptions when he returned for a match with The Undertaker at WrestleMania 32), and he’s always willing to do something crazy (even at the age of 51) to have a WrestleMania moment!