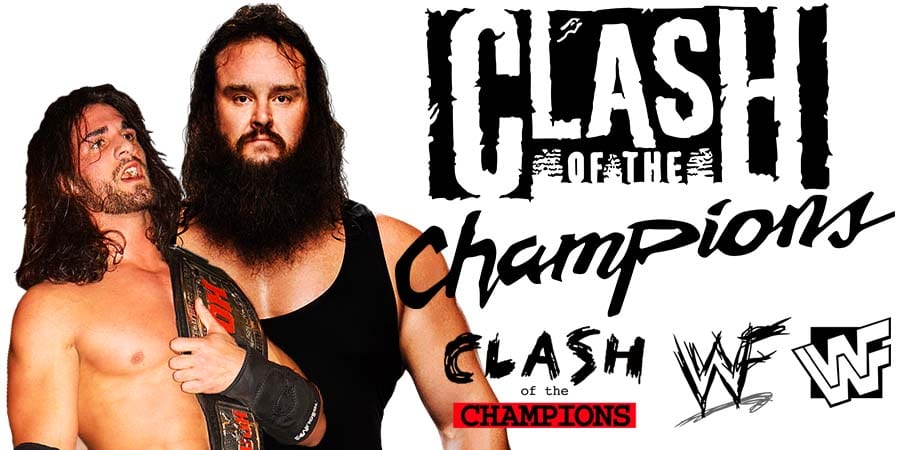 5. No. 1 Contenders (World Title) Match: Mankind vs. The Rock

7. No. 1 Contenders (Tag Titles) Elimination Tournament: Droz & Prince Albert vs. Christian & Edge vs. Mideon & Viscera vs. Stevie Richards & Blue Meanie vs. The Acolytes vs. Hardy Boyz vs. The Hollys

Tonight’s RAW kicked off with Seth Rollins and Braun Strowman having a Contract Signing for their Universal Title match at WWE Clash Of Champions 2019, but The OC interrupts.

AJ Styles wants to know why Strowman is getting a Universal Title match and claims it should be him since he’s the United States Champion.

A brawl breaks out between the two teams and a tag team match has been made.

Rollins & Strowman went on to defeat The O.C. (Luke Gallows & Karl Anderson) in a tag team match, but the winners got beat down after the match.

The O.C. later attacked Cedric Alexander backstage on RAW. This was most likely done to have Baron Corbin defeat Cedric in the King Of The Ring tournament.

Also, this could lead to AJ Styles vs. Cedric Alexander for the United States Championship at WWE Clash Of Champions 2019.