Below is a recent exchange between SmackDown Superstar Braun Strowman and a fan on Instagram:

Strowman: When you laugh in the face of competition cause you know you are baddest mother fu**er in the business regardless what the pencil does!!!! #MyLegacy #MyLife #MyRules #IFuckingMadeThis #ItsMine #TryMe #IllEatYouAlive

Fan: Moxley is the baddest in the biz…but ok dude.

Strowman: I drug that dude so bad he had to go to another promotion. 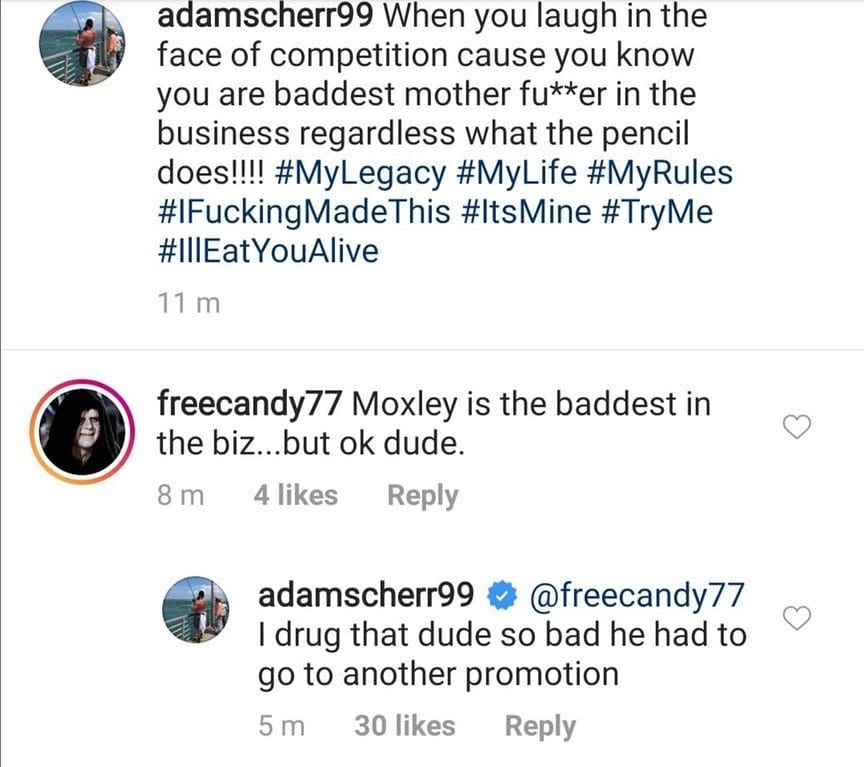