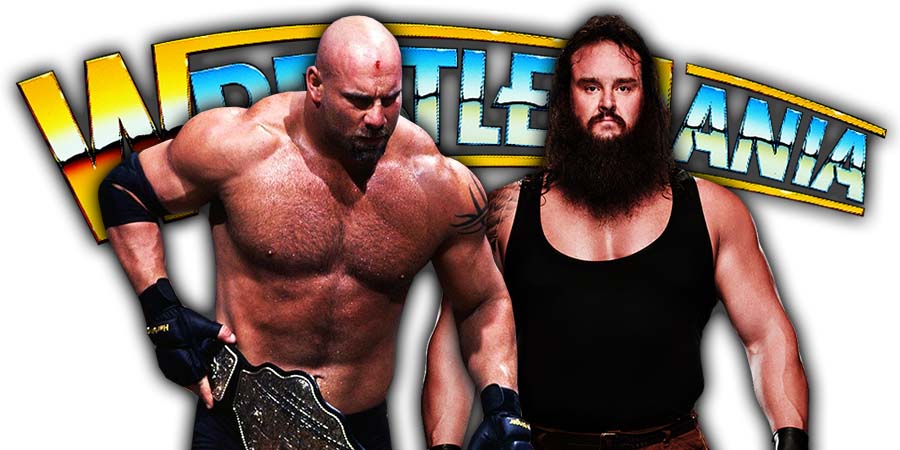 In 2008, him and Rocky Johnson, were both inducted into the WWE Hall of Fame by The Rock.

Braun Strowman defeated Goldberg to win the Universal Championship in the co-main event of Night 1 of WrestleMania 36.

Strowman appeared on WWE’s The Bump and thanked WWE Hall of Famer Mark Henry. Below is what Strowman said:

“Mark reached out to me last night, too and stuff and you know I couldn’t thank him enough because you know at the end of the day without Mark Henry there is no Braun Strowman.

Mark found me. Mark put his name on the line to get my name in front of the powers-that-be and he’s been there for me every step of the way when I needed anything when I was doubting myself when I thought that I wasn’t going to make it when I wasn’t doing anything right I could talk to Mark and he’s a father figure to me.

So many of the legends and soon-to-be Hall Of Famers that I’ve had the opportunity to be around, share the ring with, same thing with Undertaker and Kane and Big Show — those guys took me under their wing because at the end of the day we’re a dying breed.

There aren’t monsters anymore and stuff like that. There’s only a few of us left that can do this with how unbelievably advanced our sport has become with everything.”