The Shockmaster vs. Chic Donovan

On tonight’s episode of AEW Dynamite, SCU defeated The Lucha Brothers in the main event of the show to become the inaugural AEW World Tag Team Champions. 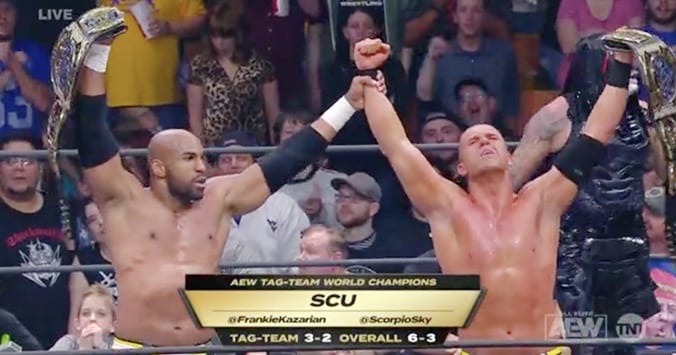 – Finn Balor appears on NXT and says he doesn’t watch the business, the business watches him, and claims he will turn Johnny Wrestling into Johnny No Longer Wrestling