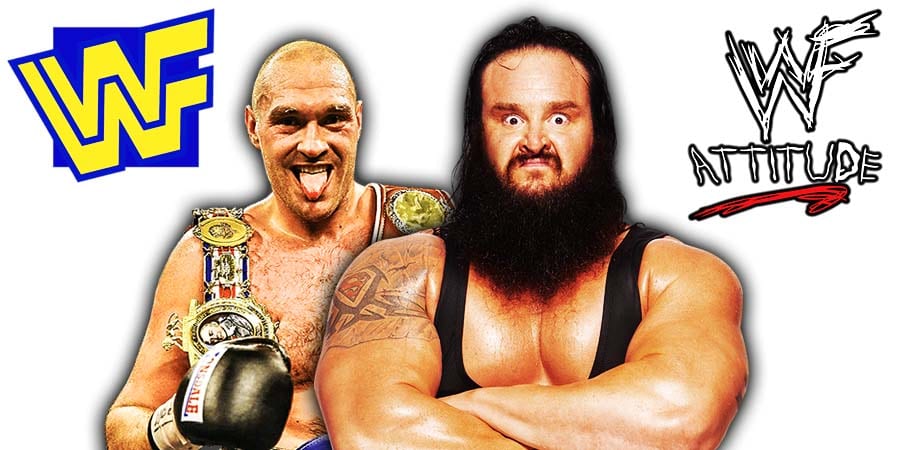 This episode from the Center Stage Theatre in Atlanta, Georgia, featured pre-taped matches, interviews & storyline segments on the road to the ‘WCW Halloween Havoc 1989’ PPV.

– Ranger Ross vs the Cuban Assassin

• BREAKING: Huge Brawl Breaks Out In The Main Event Segment Of RAW (Video)

In the main event segment of tonight’s RAW, Tyson Fury came out and demanded an apology from Braun Strowman after what happened between them last week on SmackDown.

.@BraunStrowman awaits the next move of @Tyson_Fury on #RAW! pic.twitter.com/8xryQ1x3ZL

Fury says he’s the Heavyweight Champion of the world and asks Strowman how many Heavyweight Titles has he won. This pi$$ed off Strowman and a brawl begins!

The brawl ends with Strowman going to the back. Strowman gets interviewed backstage by Charly Caruso. Strowman comes out to fight again and RAW goes off the air with them brawling.

It's an all-out BRAWL between @BraunStrowman & @Tyson_Fury in the middle of the ring on #RAW! pic.twitter.com/AHdGdEEbaJ

– Bobby Lashley and Lana taunted Rusev from his bedroom