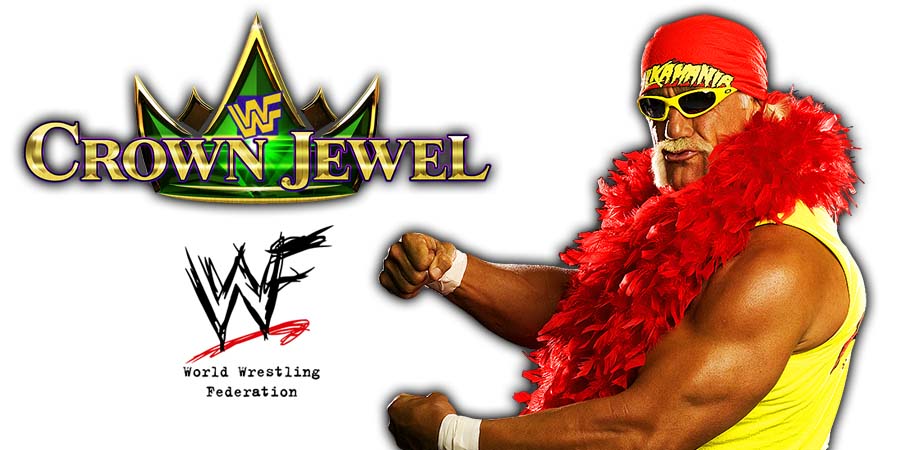 The Mighty Wilbur vs. David Isley

During an interview with Orlando Sentinel, WWE Hall of Famer Hulk Hogan has confirmed that he’ll be travelling to Saudi Arabia with the WWE crew for next week’s WWE Crown Jewel PPV.

Hogan was last seen on WWE programming in 2015. He was reinstated into the WWE Hall of Fame just hours before this year’s Extreme Rules PPV.

Below is the match-card for WWE Crown Jewel PPV (which takes place on November 2):