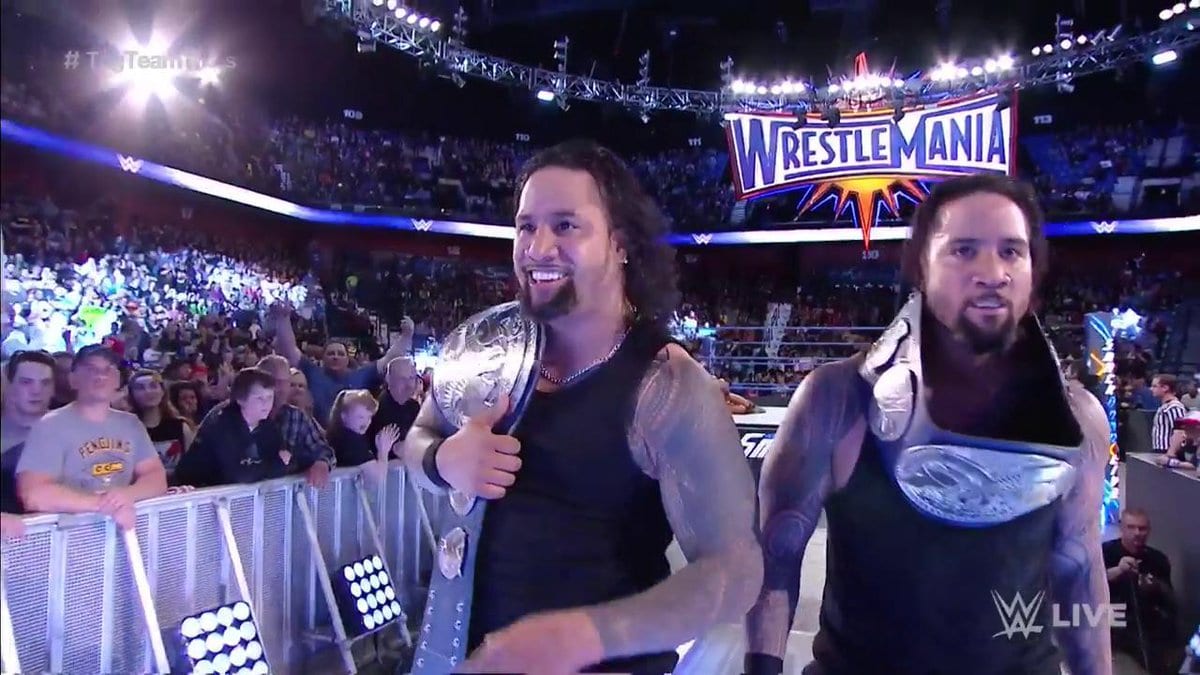 This is The Usos’s first reign with the new SmackDown Tag Team Titles and overall third Tag Team Title reign in WWE. You can watch their Title win below: The Usos are now expected to defend their Titles in a rematch against American Alpha on the Kickoff show of WrestleMania 33.