On tonight’s episode of SmackDown, a new WWE Intercontinental Championship was introduced by Sami Zayn, who gifted it to the current champion Shinsuke Nakamura. 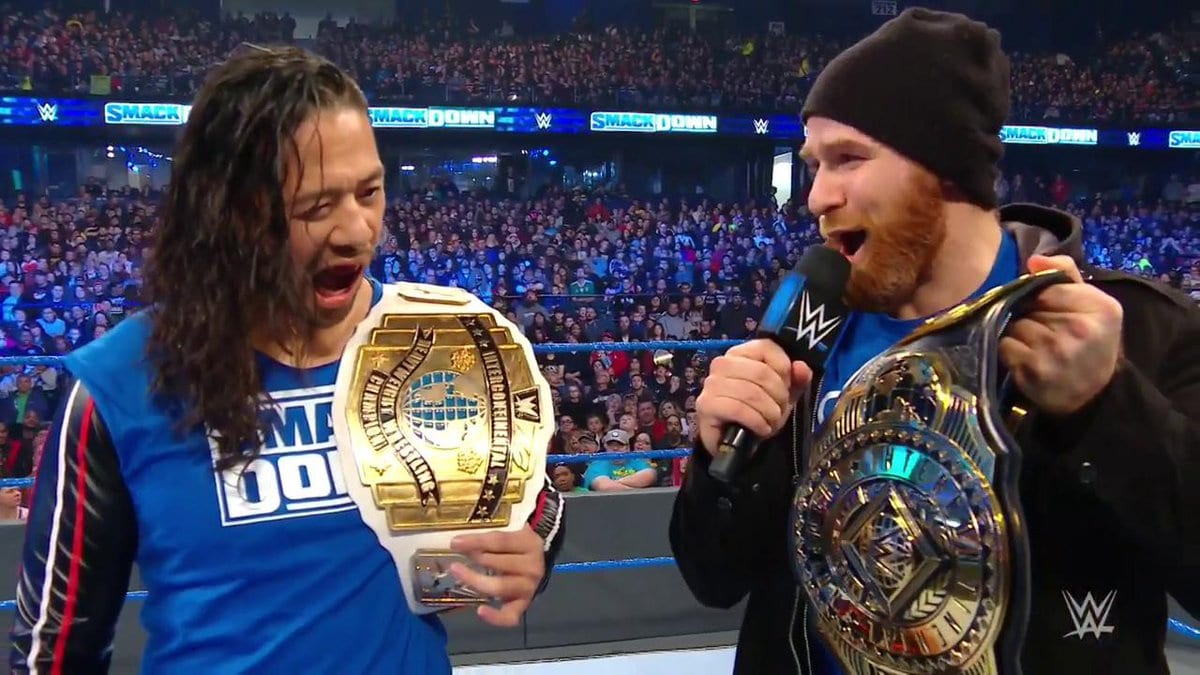 From one STUD to another…