Weidman lost the fight in just 17 seconds of the very first round via TKO due to a leg injury.

Weidman kicked Hall’s leg and ended up breaking his own leg.

You can watch this brutal injury below:

The same thing happened to UFC Legend Anderson Silva during a fight with Chris Weidman years ago: 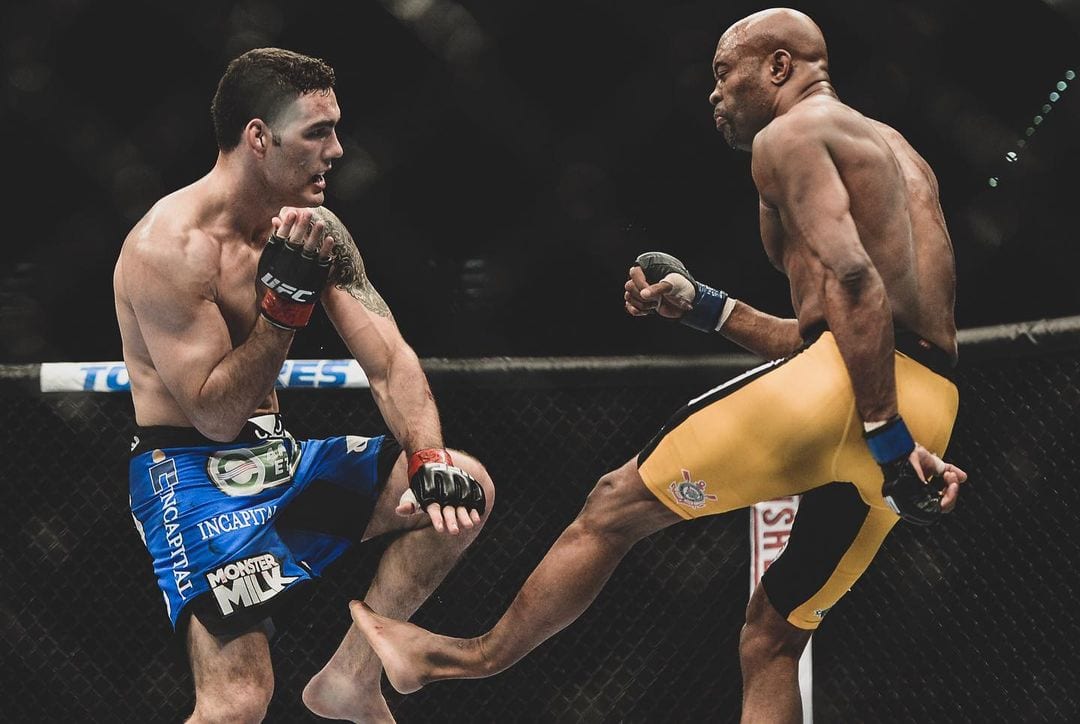 In the post-fight interview, Hall was a class act and wished Chris and his family well, and offered him a rematch when he recovers.

It was broadcasted from the Raleigh Entertainment & Sports Arena in Raleigh, North Carolina and featured matches, interviews & storyline segments on the road to the ‘WWF Backlash 2000’ PPV.

8. Edge & Christian, vs. The Dudley Boys