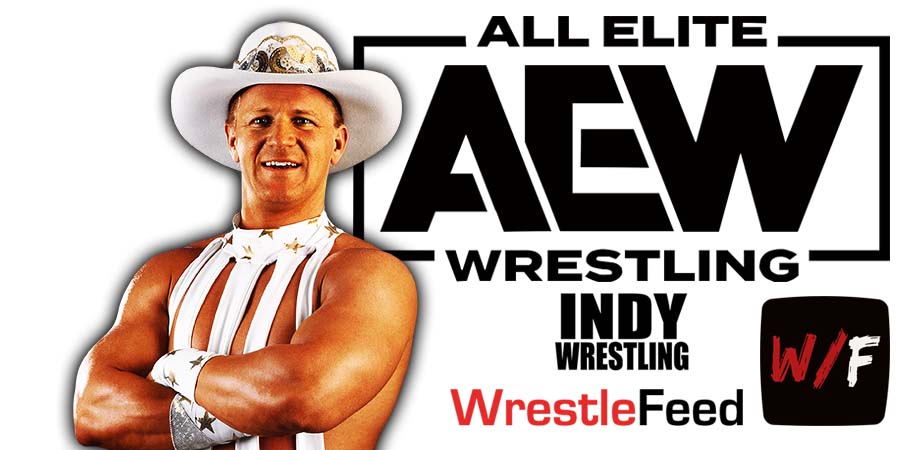 Lethal picked up the win over Allin after interference from Cole Karter dressed as Sting.

After the match, Jarrett hit Darby in the head with a Guitar and said he’s The Last Outlaw.

Tune in to #AEWDynamite LIVE on TBS right now! pic.twitter.com/HTF8utadZ1

Jarrett then talked about his family being in the wrestling business for 75 years, and bragged about being a 2-time Hall of Famer and 12-time World Heavyweight Champion.

Jeff then ripped the AEW fans and put the entire roster on notice.

.@RealJeffJarrett makes his intentions known and clear here at #AEW!

This was “something big” that was teased for tonight’s show.

It was broadcasted from the National Car Rental Center in Ft. Lauderdale, Florida and featured matches, interviews & storyline segments on the road to the ‘WCW World War 3 1998’ PPV.

Lex Luger vs. The Giant