This episode featured pre-taped matches, interviews & storyline segments on the road to the ‘WCW Spring Stampede 1994’ PPV, that happened later on the same day.

– Highlights Of The Feud Between Ric Flair And Ricky Steamboat

– Highlights Of The Feud Between Sting And Rick Rude

– Highlights Of The Feud Between Vader And The Boss

In the main event of tonight’s episode of SmackDown, Big E defeated The Miz and Jey Uso in a “singles” triple threat match to win the SmackDown Tag Team Championship.

The New Day are now 8 time WWE Tag Team Champions with this win. 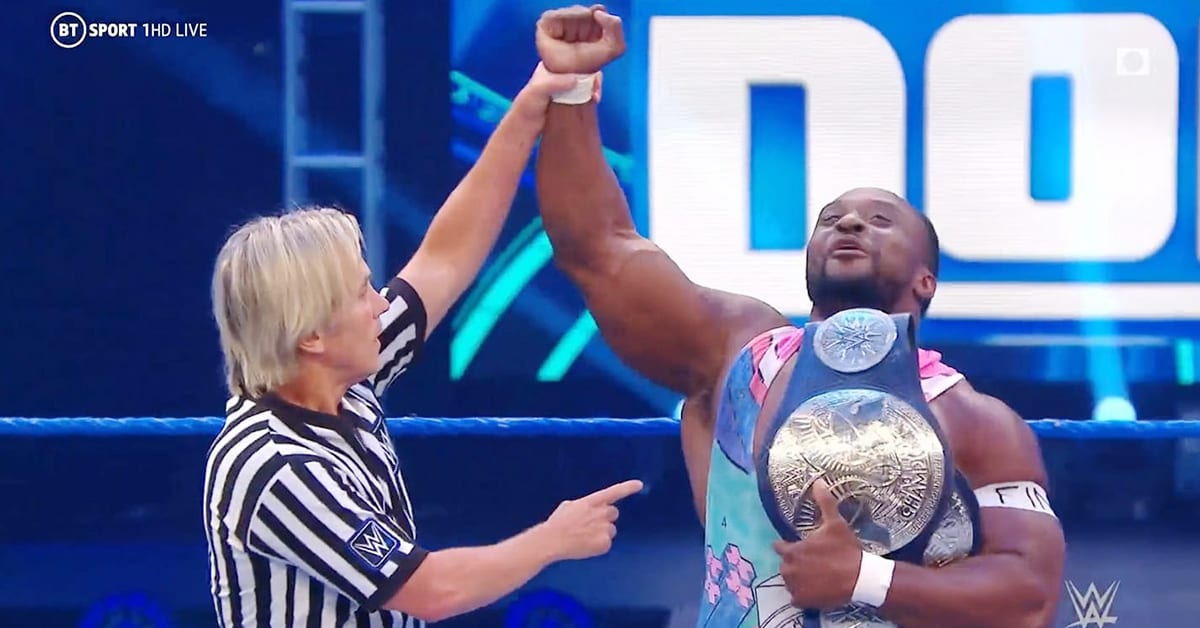 – Universal Champion Braun Strowman appeared on a Moment Of Bliss and Bray Wyatt played mind games with him by gifting him the “Black Sheep” mask from the Wyatt Family days.

– Braun Strowman vs. Bray Wyatt (not The Fiend) for the Universal Championship was made official for Money In The Bank 2020

– Sheamus def. Denzel Dejournette (After the match, Sheamus got mad at Michael Cole for talking about Jeff Hardy, and tells him to stop disrespecting him)

– Dana Brooke def. Naomi to qualify for the Women’s Money in the Bank 2020 Ladder Match

– Sonya Deville goes off on Mandy Rose and claims Mandy is the most selfish person she’s ever met is just a bottled blonde barbie doll that has no talent, while she will prove to everyone that she’s the star of Fire and Desire. Dolph Ziggler interrupts and tries to win Mandy back, but no luck. Otis took out Ziggler.

– Daniel Bryan def. Cesaro to qualify for the Men’s Money in the Bank 2020 Ladder Match