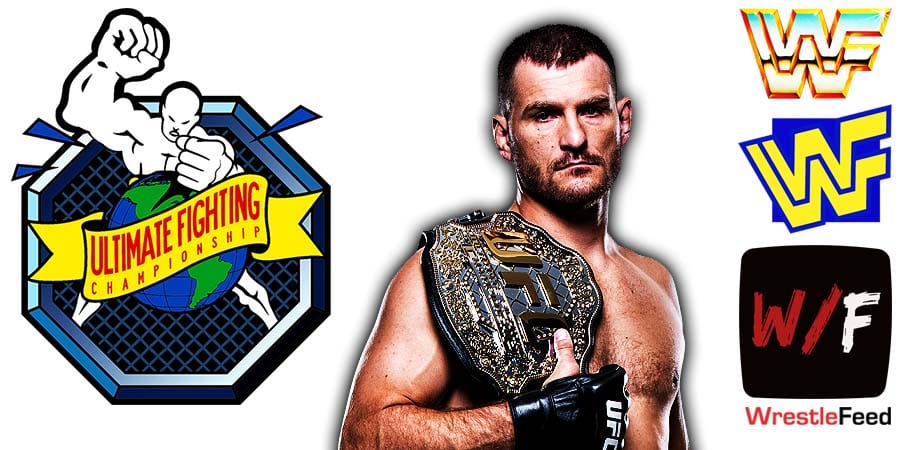 In the main event of tonight’s UFC 260 pay-per-view, Francis Ngannou knocked out Stipe Miocic in Round 2 to win the UFC Heavyweight Championship!

Below are the complete results from tonight’s UFC 260 PPV:

– Jamie Mullarkey def. Khama Worthy via KO (punches) in Round 1 of their Lightweight (155 lbs) bout

– Sean O’Malley def. Thomas Almeida via KO (punch) in Round 3 of their Bantamweight (135 lbs) bout

– Vicente Luque def. Tyron Woodley via Submission (D’arce choke) in Round 1 of their Welterweight (170 lbs) bout