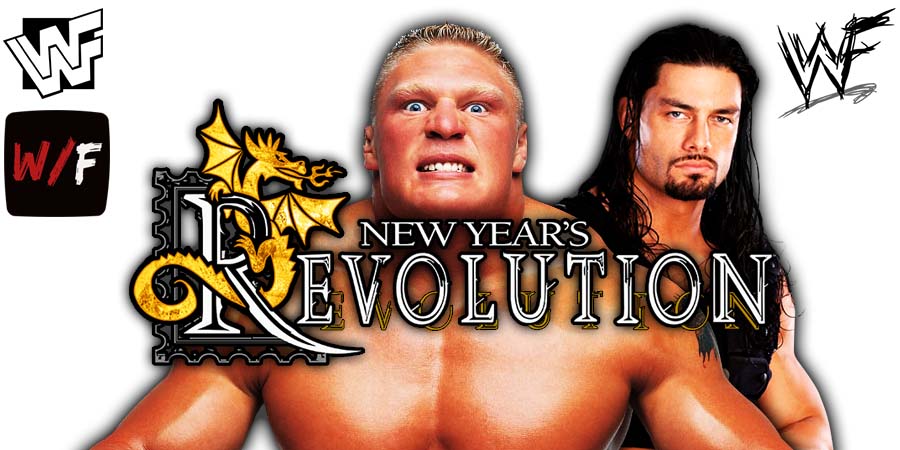 Tonight’s main event for the WWE Day 1 PPV was scheduled to be Roman Reigns vs. Brock Lesnar for the Universal Championship, but it has been cancelled.

According to Ariel Helwani, Roman has tested positive for COVID-19 and has been pulled from tonight’s show.

Lesnar is still scheduled for tonight’s show and has been added to the WWE Championship match:

“Roman Reigns has tested positive for COVID-19, per sources.

As a result, he won’t be competing tonight at the WWE PPV, Day 1, in Atlanta.

Reigns is the WWE Universal Champion. He is vaccinated, sources say.

Brock Lesnar, his scheduled opponent for tonight’s card, will now compete for the WWE championship in what has turned into a fatal five way with champ Big E, Kevin Owens, Seth Rollins and Bobby Lashley.”

Below is the updated match-card for tonight’s PPV: