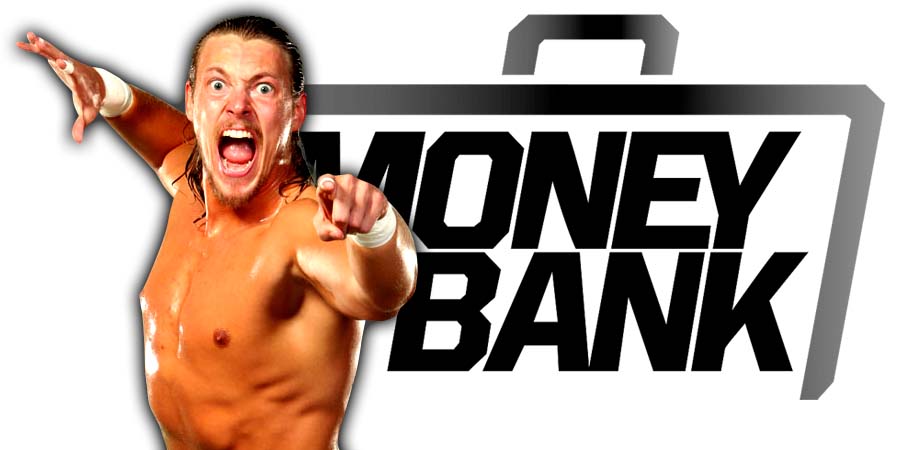 WWE posted the following ahead of tonight’s post-Money In The Bank 2018 edition of SmackDown Live:

Is another Mellabration in the works?

“Carmella pulled off what many in the WWE Universe thought was impossible at WWE Money in the Bank, defeating Asuka to retain the SmackDown Women’s Championship. The Princess of Staten Island had a shocking assist from the returning James Ellsworth, who helped her pick up the victory.

How will the champion follow up her big win? Is another Mellabration in the cards? Will Carmella have to deal with Asuka, who will surely be out for retribution? Find out tonight on SmackDown LIVE at 8/7 C on USA Network!”

“Becky Lynch was inches away from becoming Ms. Money in the Bank on Sunday until Alexa Bliss dashed her dreams and claimed the contract for herself. Despite the setback, The Irish Lass Kicker has been on a roll in recent weeks on SmackDown LIVE, which she’ll look to continue in one-on-one competition against Billie Kay of The IIconics.

Can Lynch bounce back, or will Kay ensure The Irish Lass Kicker continues to have a bad week?”

WWE has announced that SmackDown Live Superstar Big Cass has been released from the company. Below is what WWE announced:

“WWE has come to terms on the release of William Morrissey (Big Cass).”

Big Cass became a singles competitor last year and then suffered a knee injury. Cass returned to WWE programming after WrestleMania 34 on SmackDown Live and immediately went after Daniel Bryan.

Cass faced Bryan at Backlash & Money In The Bank and tapped out to Bryan in both matches.

The highlight of Cass’ last run in WWE (which was after WrestleMania 34) was Cass being the final man eliminated from the 50 man Greatest Royal Rumble match.