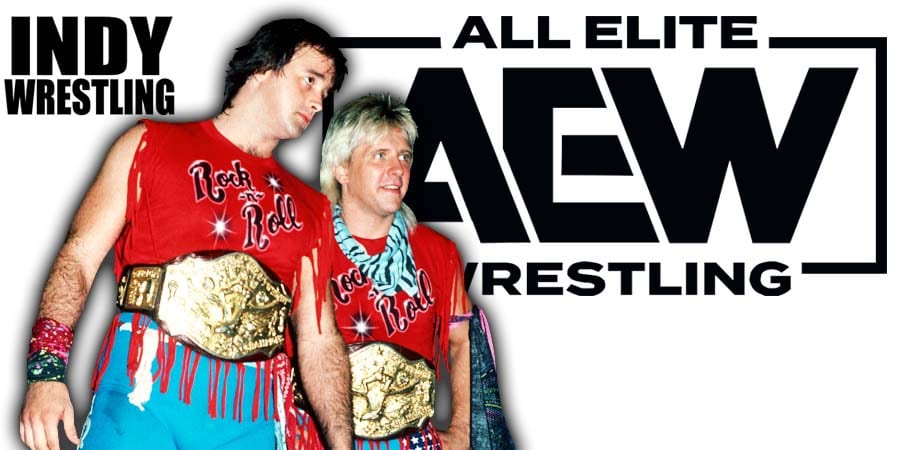 It was broadcasted from the FleetCenter in Boston, Massachusetts and featured matches, interviews & storyline segments on the road to the ‘WWF Survivor Series 2000’ PPV.

7. No. 1 Contenders Match: The Rock vs. Chris Jericho

They will present the AEW World Tag Team Titles to the inaugural winners.

While they were getting interviewed on the stage by Chris Van Vliet, Santana & Ortiz of The Inner Circle attacked them with a weapon and powerbombed Ricky Morton through the stage.

A brutal attack onto the Rock n Roll Express by the hands of @santana_proud & @ortiz_powerful!
Watch #AEWDynamite LIVE on @TNTDrama 8e/7c pic.twitter.com/PIA5cevzt5

The Young Bucks (who are going to face Santana & Ortiz at AEW Full Gear PPV) came running to make the save, but they were too late.