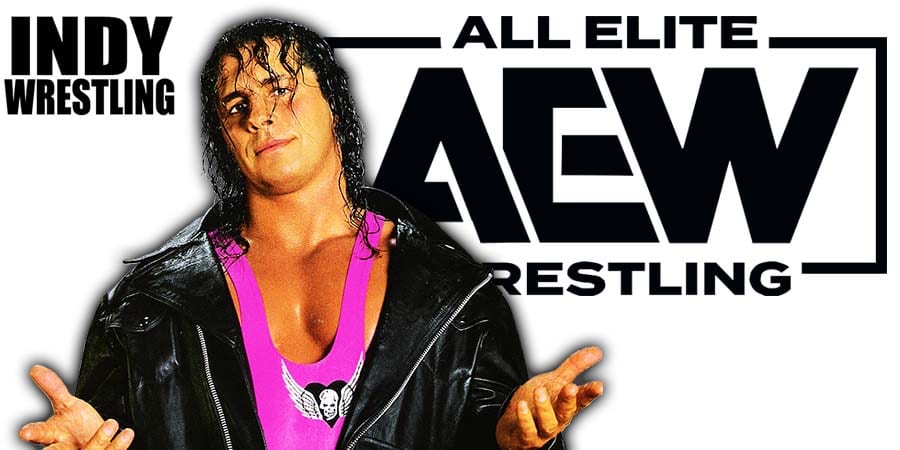 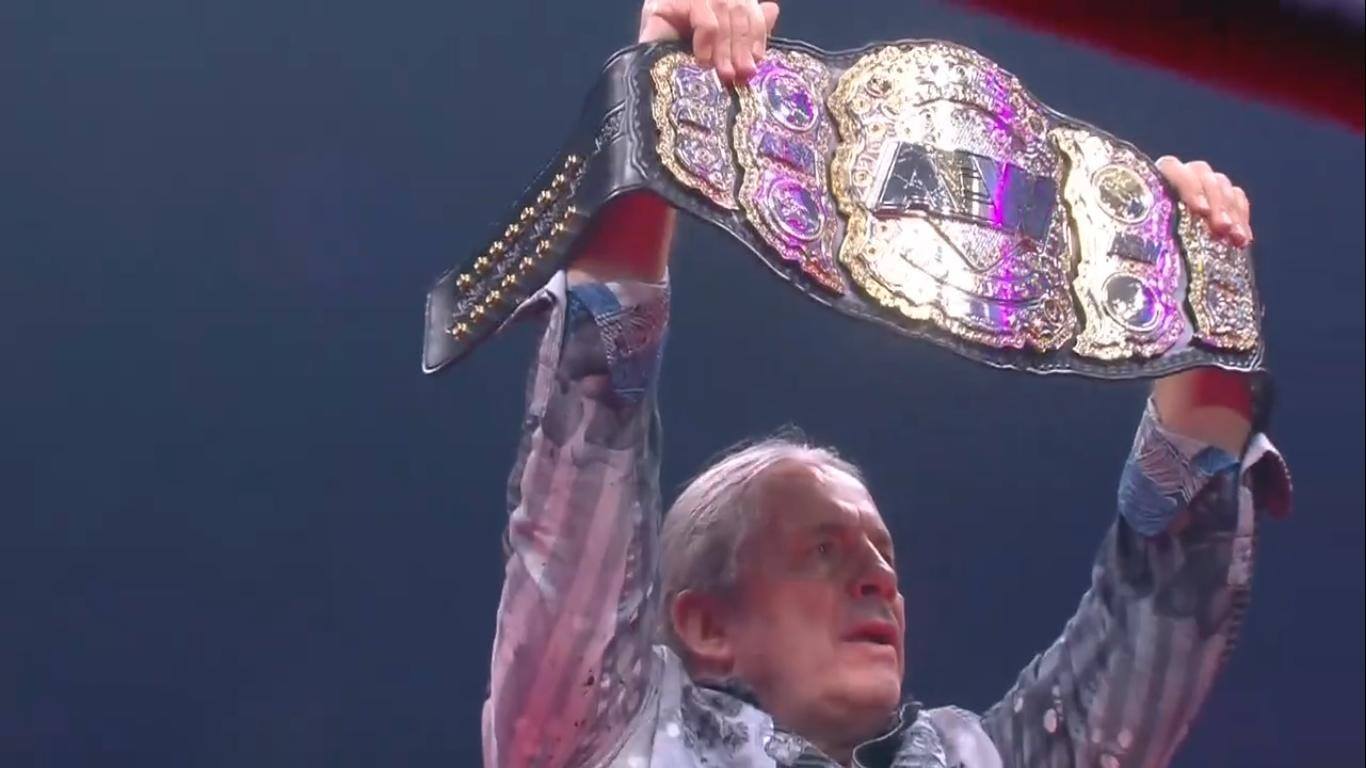 While Bret was leaving after his segment, he fell off the stage. Fans in attendance saw this and were concerned for Bret’s well being.

Below are some tweets from the fans:

@davemeltzerWON Bret Hart fell behind the Double or Nothing sign as he was leaving. Can we get a update on him? pic.twitter.com/t8dCKtKlAx

Bret Hart fell off the Double or Nothing set, can we get an update @AEWrestling? Can't really enjoy the Bucks vs Lucha Bros because of concern.

Bret Hart just fell off the stage after after missing the entrance. I’m not sure if they showed it, but completely fell off behind the riser and disappeared. The crowd is still worried while they are running the next promo.#AEW#DoubleOrNothing

Bret Hart fell off the stage on the way to the back. Hope he's okay!!!

Update: Wrestling Observer is reporting that Bret Hart is okay after this incident. Bret apparently tripped and fell down while leaving.