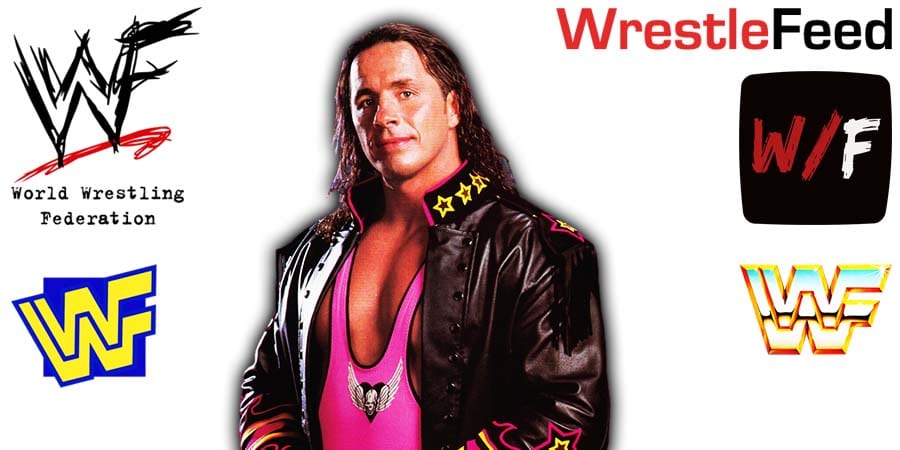 • Bret Hart Reveals Which WWF Wrestler Taught Him The Sharpshooter

During a recent edition of Confessions of The Hitman, two time WWE Hall of Famer Bret Hart revealed that WWF/WCW Veteran Konnan taught him the Sharpshooter.

“I asked around and nobody knew. And finally, it was Konnan, the Mexican wrestler, that later on, I knew in WCW.

He goes, ‘I know how to put it on.’ He showed me how it works and we went into the shower, because I needed some space to put it on. Dressing room was full of chairs, and wrestlers, so there wasn’t much room.

So he showed me, pretty simple, showed it to me in the shower room and I went and told Vince, I know how to put in on. And the rest is history.”

Konnan also confirmed this story on his podcast:

“When I was doing the Max Moon dark matches in WWF, and so, I already knew him from there and he was in the ring and he wanted to do a new finish and he had asked, ‘Did anybody know Riki Choshu’s finish?’

And I used to like Japanese wrestling back then and I was like, ‘Well, which one?’ and He goes, ‘The one Sting does.’ And I just showed him and that was it. He then started to use it.”

– The Smoking Gunns vs. Well Dunn

– Randy Savage Interview – Savage is on the phone