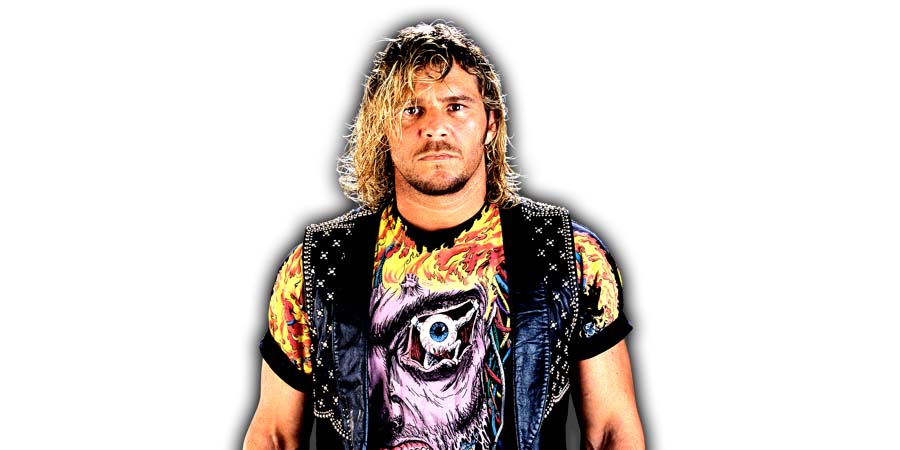 On his mother (Melanie Pillman) appearing on Raw the night after Brian Pillman’s death:

“She was already on her way out when he was dying. You can kinda see her heartlessness. It’s like, why would you even go on TV 24 hours after your husband died?”

“Sure, it probably was a little bit of weird idea on his part, but the fact that my mother was like, ‘Sure.’ Like, you know what I mean, ‘Give me some money and I’ll do anything!’ She was just, to see her go on there, it was just, it all comes back to that. That’s the one point I can say, ‘Yep! she never really was a good mother.'”

On ongoing royalties that Melanie Pillman gets from WWE:

“She just sits on it and she don’t have a job or nothing, she just spends it all away. When my car broke down one time, I needed 1500 bucks to fix it, she gave me 800 bucks. I’m like, well at least she gave me something (laughs). This is after 20 years of being completely neglected by my own parents.”

On the money made from the Brian Pillman Memorial shows:

“With that money, she blew it all, and then my stepdad bought a new truck. For the kids, we didn’t see an influx of s–t, we just saw them buying themselves stuff.”

On leaving home when he was 13:

“She probably didnt know for a solid month that I was gone. I think she called me and said, ‘Where’d you go?’ I said, “I moved out, you’ve been asleep for a month.”