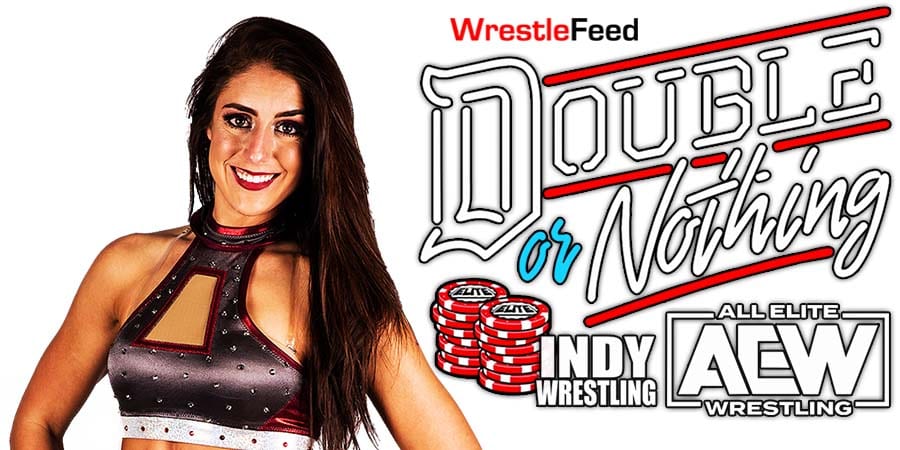 “It’s just a growing and a learning process. And it’s hard. It’s hard to hear it in mass quantities, which I was. But you have to. Even if you’re the best in the business, you have to have criticism if you’re going to get better. I just happened to have a lot of it, so I got a lot better.

The division as a whole, I think most of the criticism, at the time, was the TV time. None of us, almost none of us had any TV experience. We were all learning and growing together as a division in front of your eyes.

And I think that’s kind of a bit our charm and why people are jumping on the bandwagon now. Cause it’s like ‘oh man, I remember when Britt Baker couldn’t hold a microphone. And now look at her.’

So I think that’s why a lot of people are along for the ride.”

Baker ended Hikaru Shida’s 372-day reign as the AEW Women’s World Champion this past Sunday at Double Or Nothing.