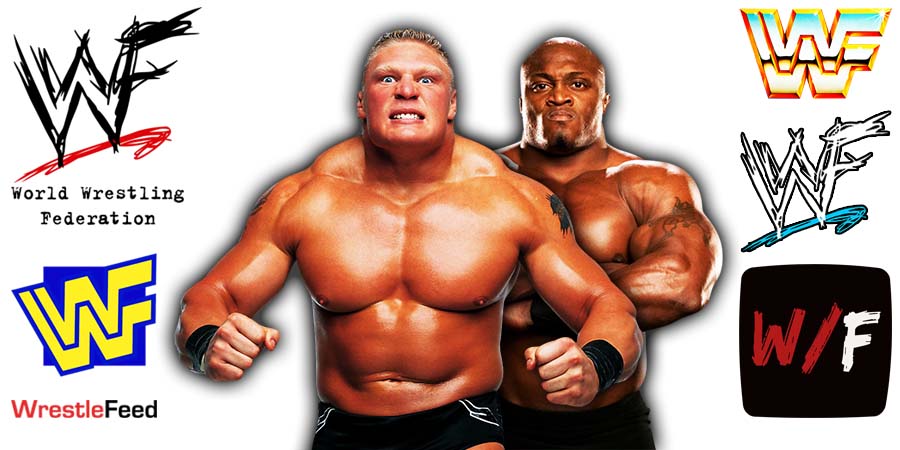 Seeds have been planted for a second singles match between Brock Lesnar and Bobby Lashley!

Prior to his Title defense against Seth Rollins, Lashley cut a promo on how he has defeated top superstars like Brock Lesnar, Roman Reigns & Drew McIntyre.

Lesnar then made a surprise appearance and destroyed Lashley. Rollins then came out and ran his mouth to make sure Lashley competed against him.

Rollins then defeated Lashley to win the US Title.

Tonight’s episode of RAW kicked off with Lashley calling out Lesnar. Brock come out and a brawl broke out immediately.

Also Read: WWE Hall Of Famer Set To Appear On Next Several RAWs

– Doink The Clown vs. Chris Duffy