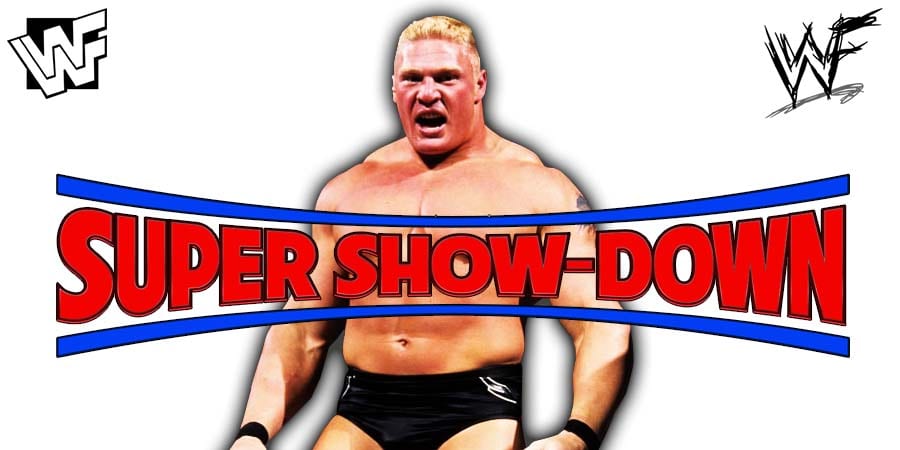 On tonight’s episode of RAW, Baron Corbin laid out Universal Champion Seth Rollins with the Ends of Days.

After this, Mr. Money In The Bank Brock Lesnar came out and attacked Rollins with a Steel Chair. Lesnar then delivered a devastating suplex.

Paul Heyman is shouting at Lesnar to cash-in the Money In The Bank contract, but Lesnar is saying ‘not now’.

Lesnar is still not listening to Heyman regarding the Money In The Bank cash-in and suplexes Rollins.

Lesnar then says he’s going to cash-in on Friday, at WWE Super ShowDown.

Lesnar leaves after this, but returns to attack Rollins with the MITB briefcase and the steel chair.

Rollins is left bleeding from the back and Lesnar his enjoying his MITB Boombox.