• Goldberg Comments On If He Wants To Have One More Match

During an interview with The Washington Post, WWE Hall of Fame Class of 2018 inductee Goldberg was asked if he wants to have one more match. Below is what Goldberg said:

“Do I want to roll the dice again? I don’t know. I’ll quote one of the most famous movies that I was ever in, ‘Santa’s Slay’: It ain’t over ’til I say it’s over.”

This injury occurred in September ‘17 and I finally got around to getting a MRI Tuesday.

Results: I’ve been diagnosed with a fractured vertebrae.

Worry not about the mules, just load the damn wagon! ? pic.twitter.com/RdRStRmGTu

…and I was back on the sideline the next week!#OUDNA https://t.co/KUHyuQYDlP

Pro Wrestling Sheet reported this week that there was an incident backstage at WrestleMania 34 where an angry Brock Lesnar threw the Universal Championship at Vince McMahon after his match and that this led to Shane McMahon almost fighting Lesnar.

Pro Wrestling Sheet also reported that Lesnar might have went off-script during the ending moments of the match.

However, that is NOT the case.

According to DirtySheets.Net, the source that has exclusively reported correct stories for over a year now, there was no backstage incident at WrestleMania 34.

They are reporting that Lesnar & Paul Heyman agreed to new deals on Friday and also agreed to work the Greatest Royal Rumble event on April 27th.

The match between Brock Lesnar & Roman Reigns at the Greatest Royal Rumble was originally supposed to be Lesnar’s rematch for the Universal Championship (as Reigns was originally scheduled to win the Title at WrestleMania 34). 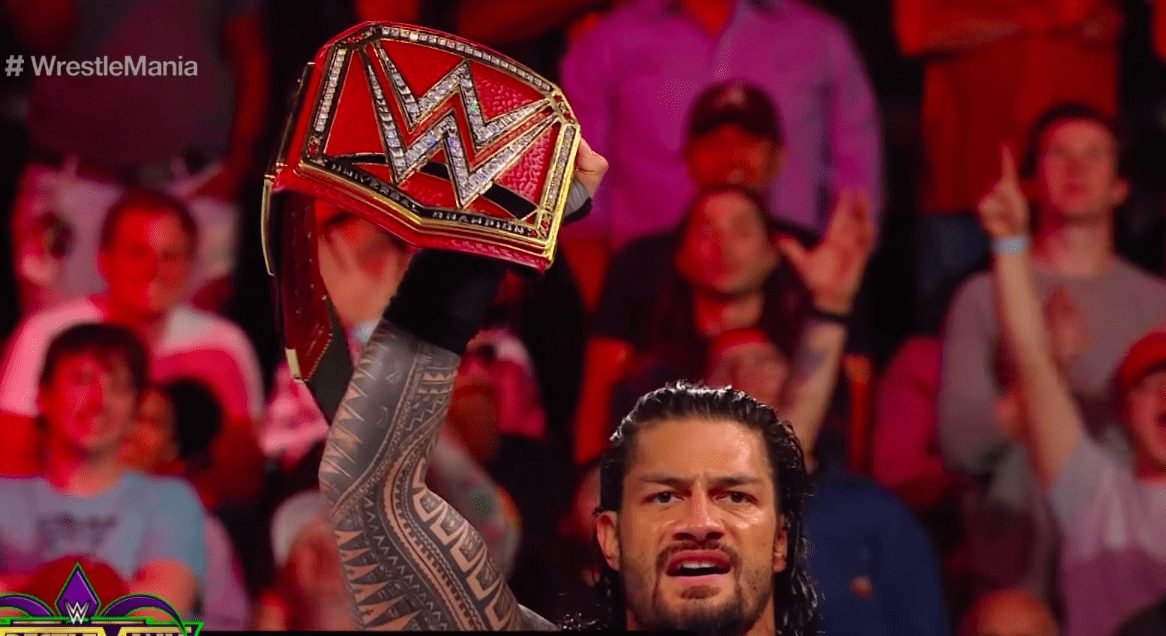 Vince changed his mind over the weekend and decided to book Lesnar to pin Reigns and shock the wrestling world.

Another reason behind this change was that Vince McMahon thinks Reigns would get a very good reaction in Saudi Arabia (similar to how he received thunderous positive crowd response at WWE Live Events in India).

There were no backstage incidents related to Brock Lesnar, but it should be noted that he was annoyed that night by the following two things:

1. Crowd Response: Lesnar wasn’t happy with how the crowd reacted during his match with Reigns and left immediately after the match was over. Lesnar didn’t even stay for his big pyro departure and this forced WWE to show a WrestleMania highlight video before the event was over (Reigns’ departure was showed after this highlight video).

2. Amount of fans sneaking into the WrestleMania after party: Lesnar attended the WrestleMania After Party held at the Hyatt Hotel for only 15 minutes, where he talked to Ronda Rousey, Travis Browne (Ronda’s husband & former UFC Heavyweight fighter) & Curtis Axel. Lesnar complained about the number of fans that managed to sneak into the party as he was asked for photos twice. Steve Austin left the party early for the same reason.