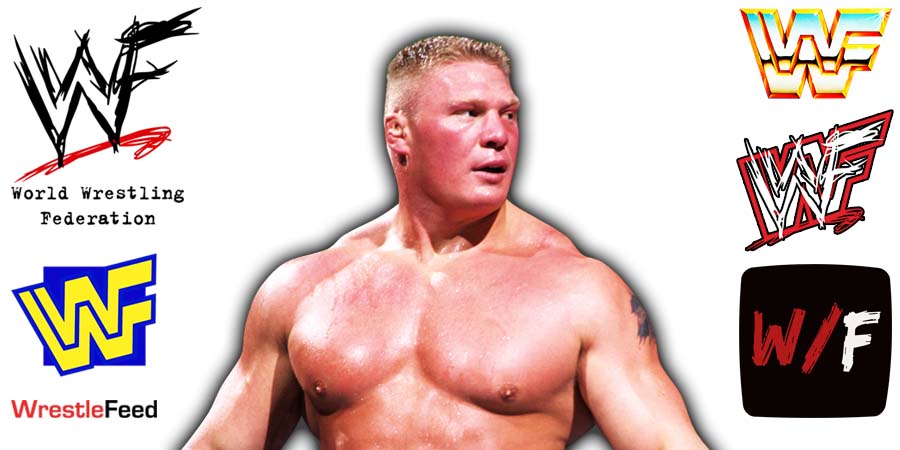 During an interview on The Payoff Podcast in 2019, Vickie Guerrero (who now works for AEW) talked about Eddie Guerrero’s career, Eddie defeating Brock Lesnar to win the WWE Championship & more.

On not knowing that Eddie was scheduled to defeat Brock Lesnar to win the WWE Championship:

“I didn’t know at all. Not until Eddie called me that night. Of course in the wrestling business, it’s scripted and they know the outcome even before they go out. Eddie told me before he left for that trip, ‘I’m not going to call you. I want you enjoy it without worrying about me.’

There was a lot of fear in me for Eddie’s well being because Brock is a such a massive wrestler. There was a lot of concern for me and I think the last thing he wanted was for me to show my worry over him that day. I didn’t know he won until he called me. To watch the match and see it with my girls, we were fans of Eddie and we rooting for him the whole time.

Eddie was such a great worker. He always wanted to do his best for his opponent. You see Brock throwing Eddie around and that was really hard for me to watch. Seeing it makes me squeal watching Eddie getting thrown around but they told such a good story with each other.”

On what it meant for Eddie to win the WWE Championship:

“[Winning the WWE Title] meant the world because at this point in time, Eddie was overcoming his demons with drugs and alcohol. So, with WWE giving him this chance to get a chance at the title, there was so many things his whole life was coming to this one point that he’s waited for all these years.

He wanted to prove not only to his fans and to WWE but to himself and in his heart, this was where all his work was going to pay off. This was really special to Eddie because this was his time to prove, ‘Yeah I did go through my demons and I did lose my family and I lost my job, but I am here because I worked for it.’ It meant a lot to him and it was a lot of emotions in one night.”

On Brock Lesnar putting in the effort to make Eddie’s moment special:

“Brock could have easily out-jobbed Eddie and just won the whole thing in five minutes but they really wanted to tell a story. Brock gave his one-hundred fifteen percent. It went back and forth and the way Brock was throwing Eddie around, [my daughters] were terrified. They wanted to make this match count. It was pretty special watching the match.

Brock is just amazing. Brock loved Eddie. He’ll hug me and say, ‘I still miss Eddie everyday.’ And that’s just something really special when I get to see Brock.

I was very proud of not only Eddie but Brock and that they were both safe because there’s a lot that runs through your mind. I still thank Brock to this day when I see him because it was because of him that Eddie was able to have that great match. They were dancing in the ring and doing their own dance which was spectacular. Never forgotten.”

Men on a Mission vs. Iron Mike Sharpe & Chuck Greenman