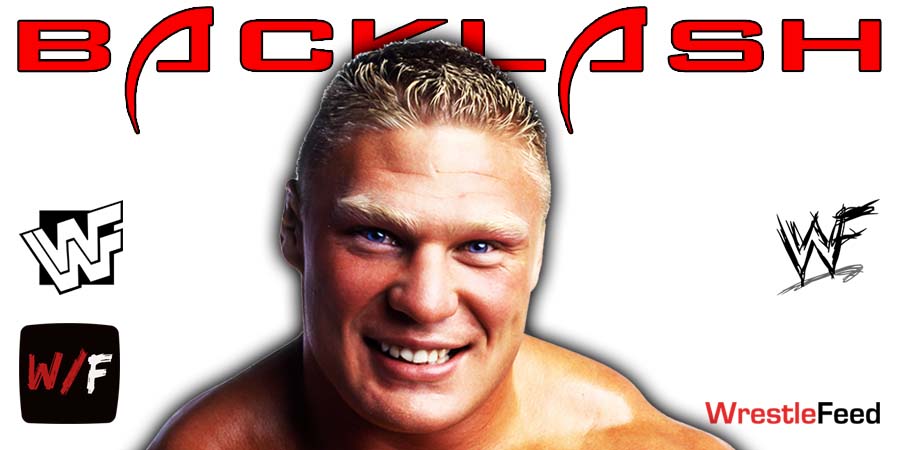 “The Beast” Brock Lesnar has accomplished a lot this year in WWE and it’s only April.

He won the WWE Championship twice, won the Men’s Royal Rumble match for the second time in his career, competed in his 1st ever Elimination Chamber match and won it, finally faced Bobby Lashley and main evented WrestleMania.

He lost the WWE Championship to Universal Champion Roman Reigns in the main event of WrestleMania 38 – Night 2.

Now the question is – what’s next for Cowboy Brock and when will he return?

Last month, WWE was advertising Lesnar for the WrestleMania Backlash 2022 premium live event on May 8th.

According to the Wrestling Observer, Brock is still scheduled for this upcoming PLE internally in WWE:

“Brock Lesnar and Ronda Rousey are both scheduled for WrestleMania Backlash next month, but the Roman Reigns/Brock Lesnar program is considered over.”

Speaking of WrestleMania Backlash 2022, Charlotte Flair vs. Ronda Rousey in an “I Quit” match for the SmackDown Women’s Championship will take place at this event.

Also Read: Top WWE Star Is Planning To Retire By 2025

– Koko B. Ware vs. Frenchy Martin

– Brother Love Show: The Bushwhackers Are His Guests