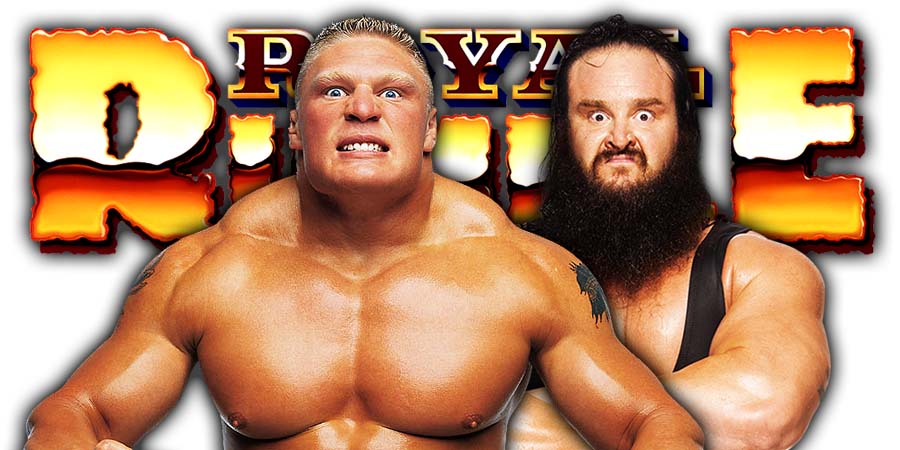 – The Undertaker vs. Randy Hunter

– The Warlord vs. Terry Davis

– The British Bulldog vs. Tom Bennett

• Brock Lesnar Returns On RAW & Backs Down From A Fight

“The Monster Among Men” Braun Strowman came out on RAW and took the mic, but then returned it and then challenged Universal Champion Brock Lesnar to a fight.

Paul Heyman and Brock Lesnar are then shown backstage. Heyman says Brock won’t come out for a face-to-face confrontation with him because he would destroy Braun and their Royal Rumble 2019 PPV match will be off.

Strowman says Lesnar is afraid of him and that Lesnar won’t make it to the Royal Rumble if he comes out here in the ring.

Lesnar says let’s see what Braun’s got and he comes out for a fight! Lesnar slowly walks to the ring and then around it.

Lesnar stops and teases entering the ring, but leaves. Strowman shouts at Lesnar to turn around. Strowman says he will be crowned the new Universal Champion at Royal Rumble 2019.

Also Check Out: Hulk Hogan Gets Emotional While Paying His Awesome Tribute To “Mean” Gene Okerlund On Tonight’s RAW (Video)