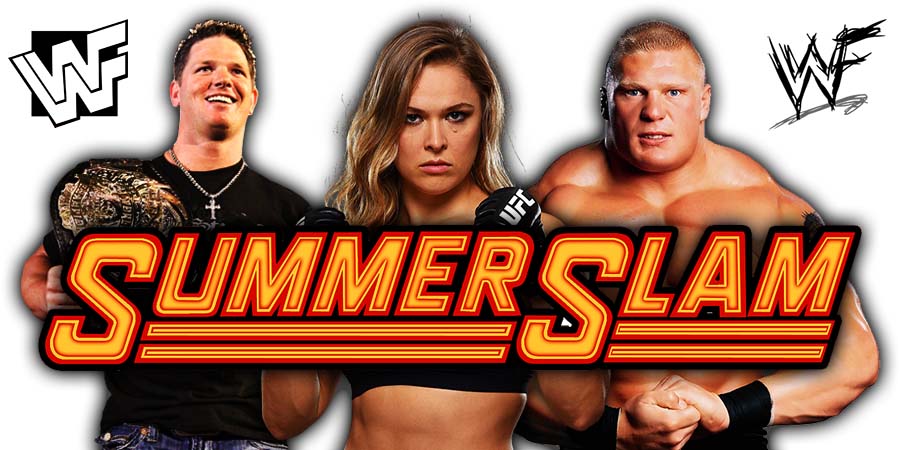 On this day in 2010, World Wrestling Entertainment aired another episode of their weekly TV show ‘WWE Superstars’.

Let’s take a look at some interesting notes from last night’s SummerSlam 2018 PPV:

– Brock Lesnar got pinned for the first time ever at a SummerSlam PPV last night.

– Roman Reigns & Brock Lesnar are now the only two men in WWE history to have held both the WWE Championship and the Universal Championship.

– Seth Rollins captured the Intercontinental Title this year at the two biggest PPVs of the year – WrestleMania 34 & SummerSlam 2018.

First time in 15 years I have not been able to be a part of @WWE #SummerSlam. I am beyond grateful to @EyeOfJackieChan but truly miss the @WWEUniverse. Wishing all Superstars luck and safety! My time isn’t quite up, but #YourTimeIsNow! #CarpeDiem

The previous record was held by The Undertaker vs. Fake Undertaker from WWF SummerSlam 1994 (8 minutes & 57 seconds). It should be noted that impromptu Money In The Bank cash-in main events don’t count.