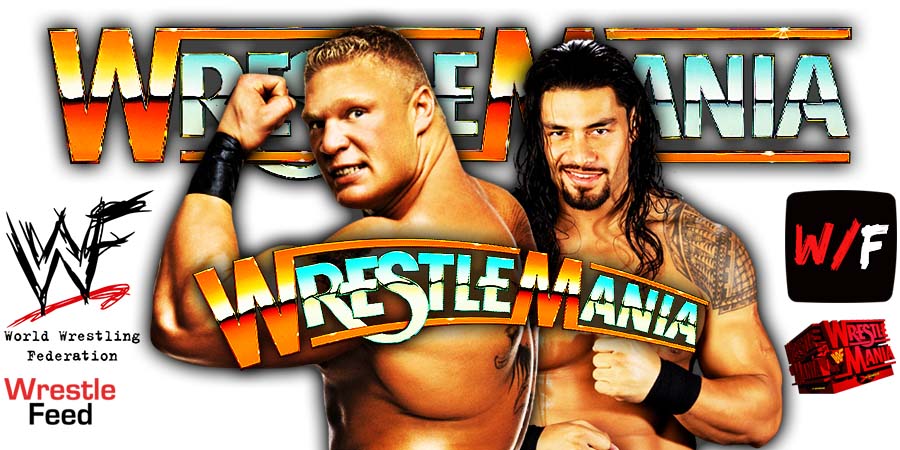 The main event of one of the nights of WrestleMania 38 will be Roman Reigns vs. Brock Lesnar for the Universal Championship.

This will be the 3rd WrestleMania match between Lesnar and Reigns.

History will be made, as this will be the 1st time ever that the same match has main evented 3 different WrestleMania events!

Stone Cold Steve Austin vs. The Rock and The Undertaker vs. Triple H are the other matches that have taken place 3 times at WrestleMania, but Austin vs. Rock was the main event twice (1999 and 2001), while Taker vs. HHH was never the main event.

Lesnar vs. Reigns at WrestleMania 31 ended in a no-contest, as Seth Rollins cashed-in his Money In The Bank contract and turned it into a Triple Threat Match.

At WrestleMania 34, Lesnar defeated Reigns to retain the Universal Championship.

Also Read: B-Fab Reveals How Brock Lesnar Behaved With Her Backstage In WWE

Today would have been the 67th birthday of Old School WWF Legend Jim “The Anvil” Neidhart.

Jim returned to the WWF for a short stint in 1996, portraying the masked wrestler “Who”, but eventually had his last major run with the World Wrestling Federation in 1997, when he was a member of the ‘Hart Foundation’ faction, alongside Bret Hart, The British Bulldog, Owen Hart & Brian Pillman, before jumping ship to WCW in early 1998.

Neidhart was married to Ellie, a sister of Bret & Owen, and their daughter – as seen on WWE’s reality show ‘Total Divas’ – is WWE Veteran Natalya.

In 2019 The Anvil was posthumously inducted into the WWE Hall of Fame as one half of The Hart Foundation.