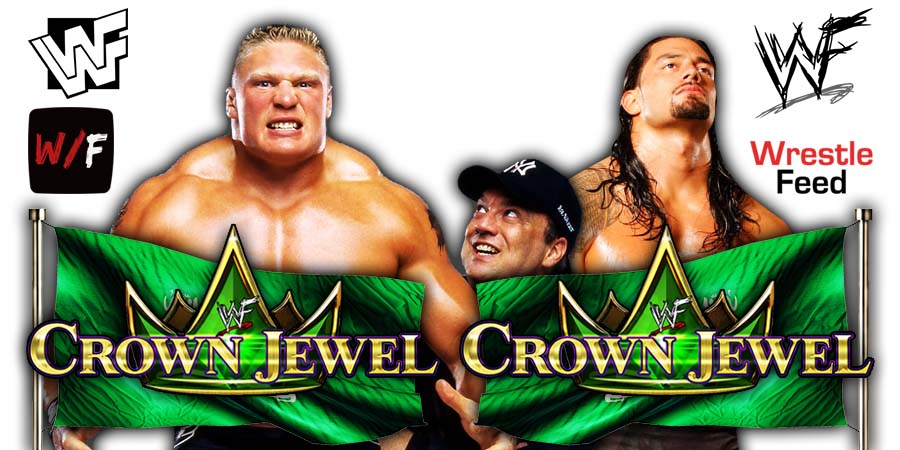 During the ending moments of the match, Heyman threw the Universal Title in between Lesnar & Reigns, and they both grabbed it and Lesnar pulled it away.

When @BrockLesnar was leaving Saudi Arabia, Brock was quoted saying, “The moment I arrive at SmackDown, I will beat Roman Reigns senseless.”

This feud is far from over and as we have reported before, this feud will feature more matches.

It was broadcasted from the Gaylord Entertainment Center in Nashville, Tennessee and featured matches & storyline segments on the road to the ‘WWE Rebellion 2002’ PPV.