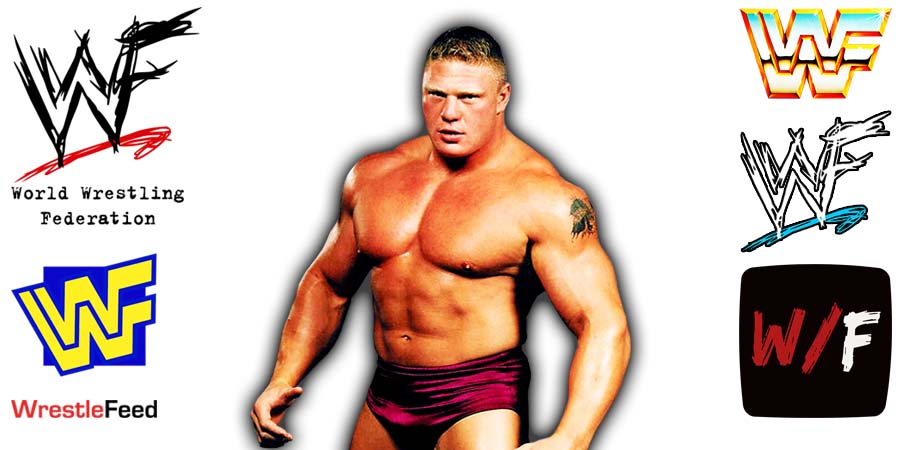 On the latest episode of his weekly ‘The Kurt Angle Show’ podcast, our Olympic Gold Medalist revealed that Brock Lesnar once approached him and tried to get signed to Dixie Carter’s Total Nonstop Action! (TNA) in 2007.

I probably shouldn’t even be saying this now. But you know what? Brock doesn’t care. He said ‘Hey, what are you making?’

And I said what I was making. He said ‘If you can get me that, I’ll come.’ I approached TNA, and they said ‘No, we’re not going to give him that kind of money.’

I think they were at the top of their budget, where they couldn’t really give any more money out. I was making a lot of money. Sting was making a good bit of money, and then you had a bunch of guys on the roster.

You know, TNA, the Carter family funded it for a long time, and then TNA started making their own money, but it just wasn’t enough to bring in another guy for seven figures a year. I don’t think they were capable enough to do that.”

Brock Lesnar left WWE after WrestleMania XX to pursue a career in the National Football League (NFL), playing for the Minnesota Vikings, but when that didn’t work out, he went back to professional wrestling from 2005 to 2007, but only wrestled in Japan (for NJPW & IGF).

The Headbangers vs. Kaientai