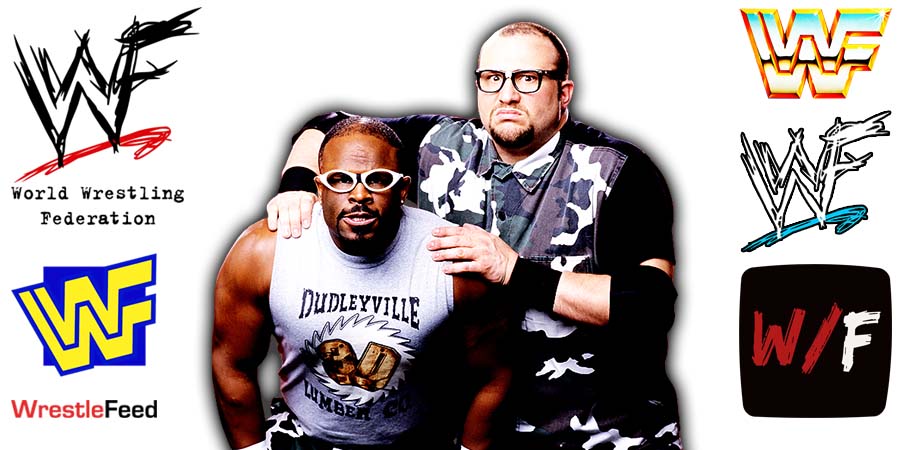 • Bubba Ray Dudley Turned Down A Producer Job With WWE, Reason Behind It

Old School WWF/ECW Tag Team Legend Bubba Ray Dudley appeared on the ‘Stories with Briscoe and Bradshaw’ podcast, where he revealed that he was offered a job in WWE as a backstage producer, similar to the job his long-time Tag Team partner D-Von Dudley ended up accepting.

“Vince has offered me a position in the past. He has told me, ‘When you’re ready, I’d love to have you here as a producer.’ I don’t think the job is the same job it used to be when you (Gerald Brisco) were a producer or an agent.

I believe the producers and agents now just kind of carry the marching orders of creative to the boys, and I don’t think the boys have as much input into things these days.

I do consider myself creative and if I don’t feel like that creativity can be put to work, for the guys and the girls putting their matches together, I kind of feel stifled. I would try it one day. It’s just it seems different than when you (Gerald Brisco) and Pat (Patterson) and Jack (Lanza) and Michael (Hayes) and the agents that I grew up on and worked with than they are today.”