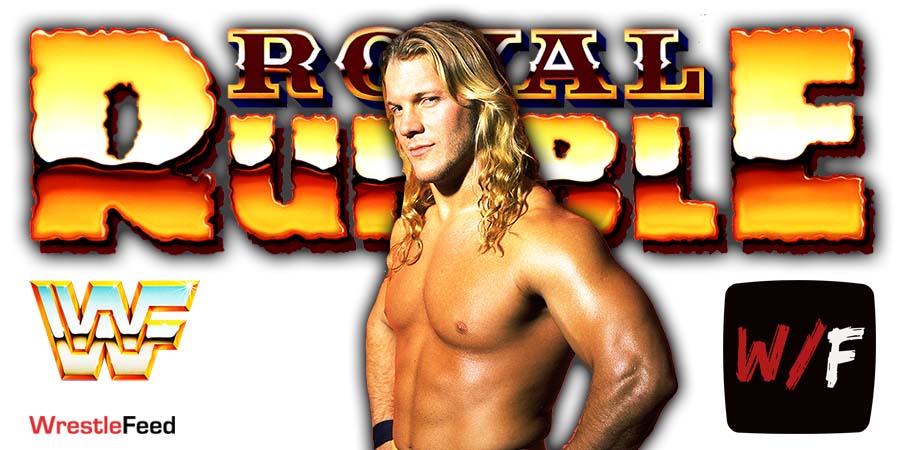 With IMPACT Wrestling’s Knockouts World Champion Mickie James appearing in the Women’s Royal Rumble 2022 match, there’s been a lot of talk of the “Forbidden Door” and WWE working with other promotions.

IMPACT World Champion Moose then went on to express that he wants to face WWE Universal Champion Roman Reigns.

“I Claim to be the Wrestling God. He claims to be The Head of the Table. With all this Forbidden Door talk…what if 🤔 …@WWERomanReigns”

Wrestlevotes is reporting that WWE Officials are discussing bringing a non-WWE star as a surprise entrant in the Men’s Royal Rumble 2022 match:

“Had more than 1 source this weekend, w/o me directly asking, state they believe WWE will try for an ‘unexpected’ forbidden door entrant for the Men’s Royal Rumble.

Personally I’m skeptical it happens, but I can confirm WWE is at least open to the idea. Which is exciting enough.”

This began a discussion about the possibility of WWF Legend & current AEW Superstar Chris Jericho possibly returning to WWE for one night, as a surprise entrant in the Men’s Royal Rumble match (Jericho appeared on Steve Austin’s Broken Skull Sessions on the WWE Network last year, while being under contract with AEW).

2-Time WWE Hall of Famer Booker T had the following to say about this on his podcast:

“Let’s think about this for a second – Jericho may be even booed out of the building, coming into a WWE arena. We don’t know what would happen.

I can get past the shot-taking (by AEW), I really can. I’m a believer in, ‘We could use that, in some way, some shape.’

There, again, I’m not going to bet on it or anything, but I would be shocked if I saw an AEW talent come over and do something in WWE right now. It just doesn’t seem it’s possible.”

The Barbarian vs. Stoney Burke