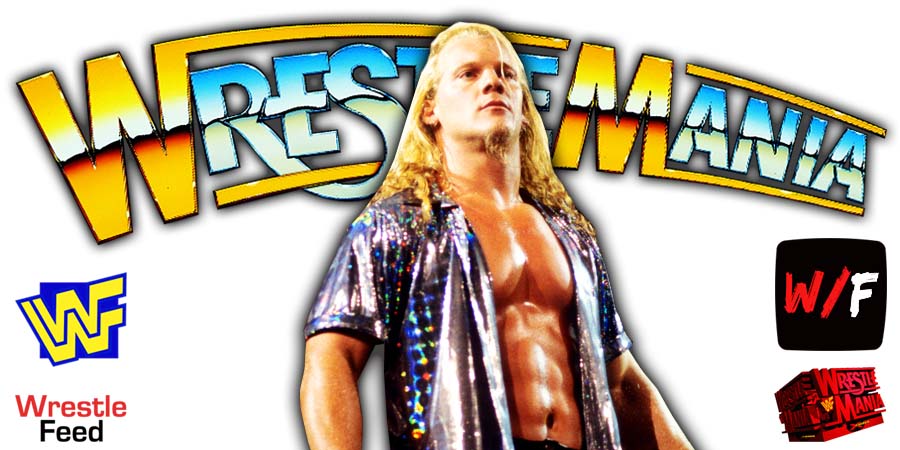 During an appearance on The Kurt Angle Show Podcast, WWF Legend Chris Jericho revealed that there were plans for him to be a part of the WrestleMania 16 main event in 2000.

“The original plan for that WrestleMania, if you remember, it was a four-way title match with a McMahon in every corner.

And it was Rock, Big Show, Triple H and Mick Foley, you know, Vince, Shane, Linda and Stephanie with whoever they were with.

The original plan for that match was the four-way was Hunter, Rock, Big Show, and Jericho.

And if you think I’m just saying that because I heard rumors or someone told me, they actually made promotional pieces for the match. And this is kind of like the press kit for WrestleMania 2000, it was what they called it.

I was never officially told that I was in the match, but why would I be there if it wasn’t true. And there was a billboard on Sunset Boulevard with this exact picture on it.

I remember seeing it driving down and going, ‘Wow, that’s really cool that I’m on that’, and then they start talking about the four-way match, and I’m like, ‘I’ve got to be in it.'” 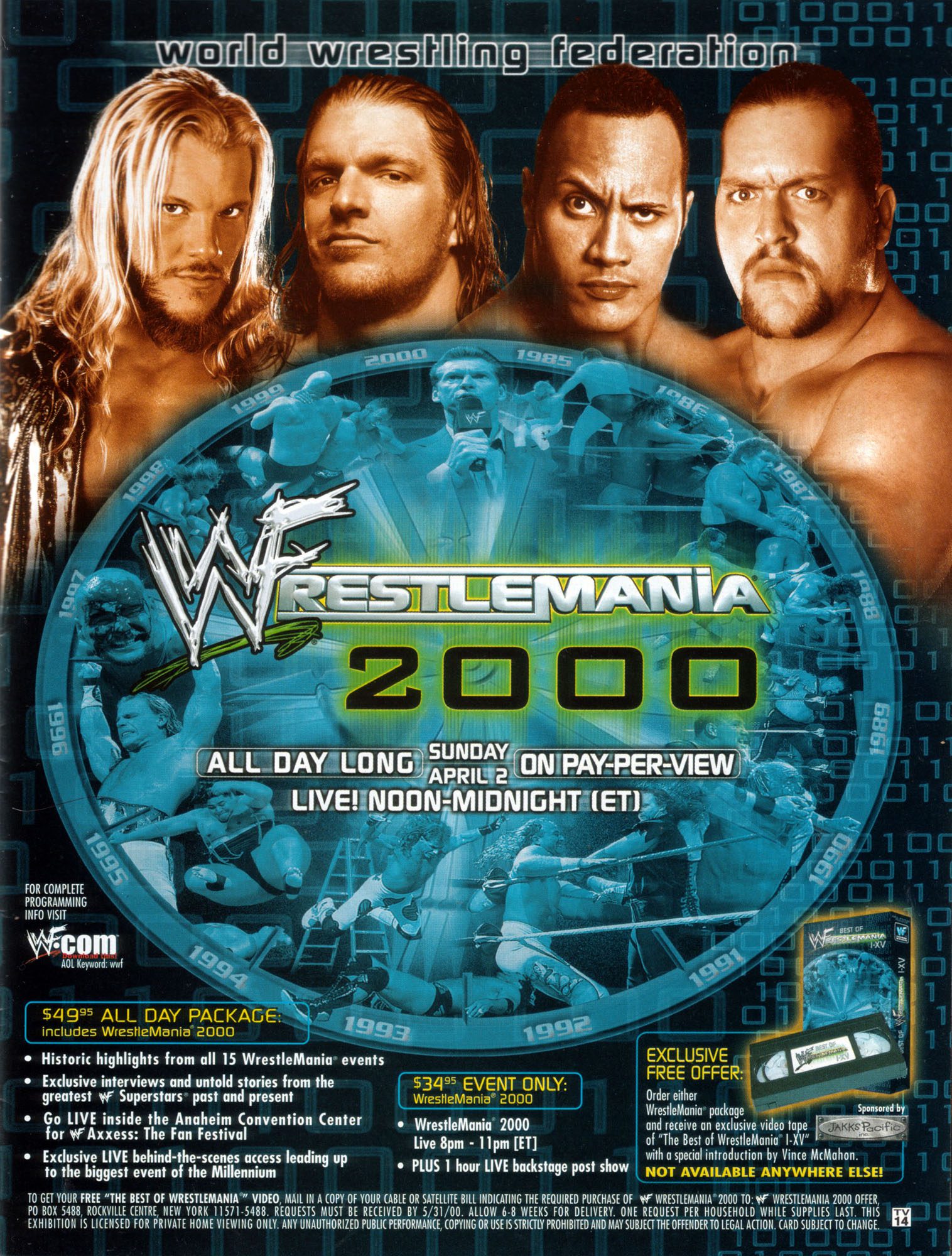 While Jericho didn’t main event WrestleMania in 2000, he went on to accomplish this feet two years later in 2002, against Triple H. This was his only WrestleMania main event.