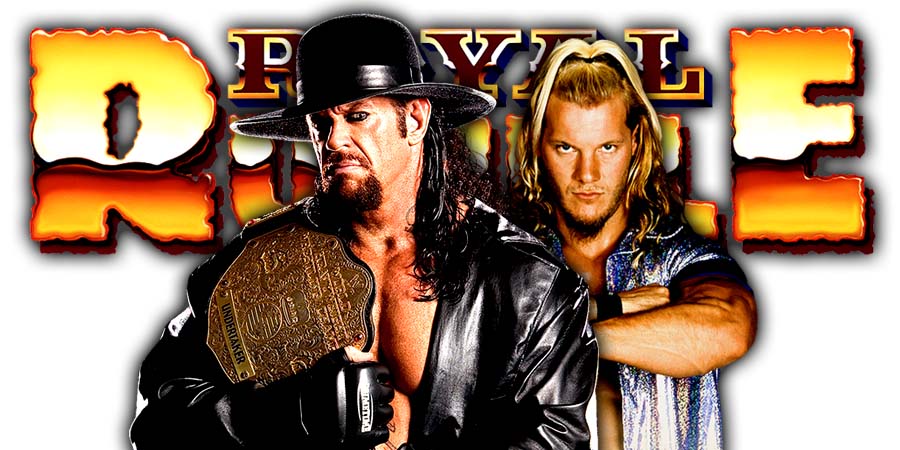 • Chris Jericho Turns Heel Ahead Of His Match With The Undertaker

Old School WWF Legend Chris Jericho was a babyface in his last WWE run, but he’s a heel now (his heel run in NJPW doesn’t count in WWE).

WWE announced yesterday that Chris Jericho has replaced Rusev as The Undertaker’s opponent for the Greatest Royal Rumble event and the two will face off in a Casket match.

Jericho posted the following heel message on Twitter regarding his match with The Undertaker:

The segment itself, where he was announced as part of an upcoming TNA World Tag Team Championship match, was originally filmed in January already, but has only aired last night.

You can watch his return below: