The brother of Bret “The Hitman” Hart and the late Owen Hart is best remembered for his time in Calgary Stampede Wrestling, a promotion that originally belonged to his father Stu Hart, but Bruce re-opened on his own in 1986.

He also had several appearances for the World Wrestling Federation over the years, including wrestling in an Elimination match at the WWF Survivor Series 1993 PPV.

His official proclamation reads as follows: 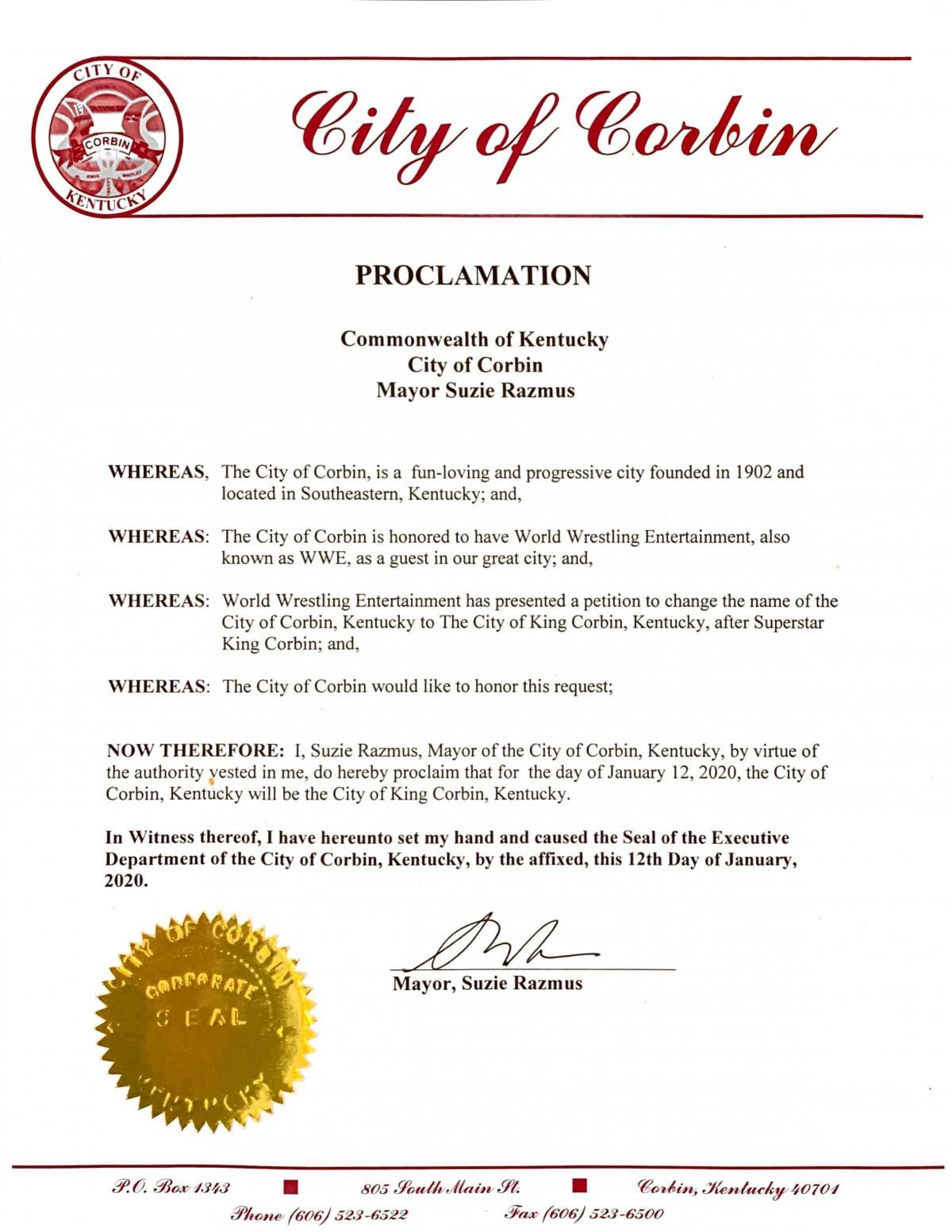 The King already made waves this past Friday night on SmackDown, accepting Roman Reigns’ challenge for a one-on-one match at the Royal Rumble — in addition to announcing his entry into the Royal Rumble Match itself. By the end of the evening, Corbin and allies Dolph Ziggler and Robert Roode dismantled The Big Dog and The Usos.