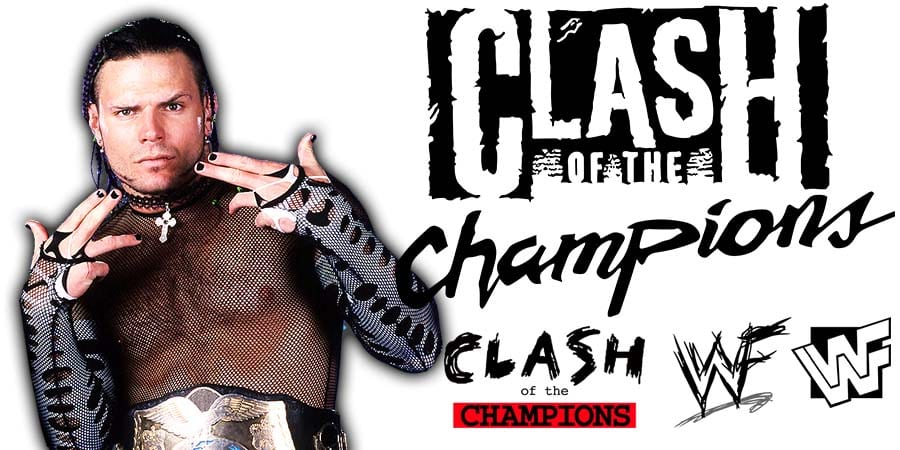 Tonight’s WWE Clash Of Champions 2020 pay-per-view is airing live from the ThunderDome in Amway Center in Orlando, Florida.

This is the 4th event under WWE’s Clash Of Champions banner.

On the Kickoff Show, Charly Caruso announced that Nia Jax, Shayna Baszler, and Nikki Cross have been pulled from tonight’s PPV, as they are not medically cleared to compete.

The WWE Women’s Tag Team Championship match will not take place tonight, and this situation will be addressed tomorrow night on RAW.

On the other hand, SmackDown Women’s Champion Bayley is here and she’ll address the situation surrounding her title defense against Nikki later tonight.

In the first and only match on the Kickoff Show, Cesaro & Shinsuke Nakamura retained their SmackDown Tag Team Titles.

The main show kicks off with a Triple Threat Ladder Match for the Intercontinental Championship between Jeff Hardy, Sami Zayn, and AJ Styles.

After brutal back & forth action, Sami Zayn took out handcuffs and handcuffed Jeff’s earlobe to a ladder and later handcuffed himself to AJ. 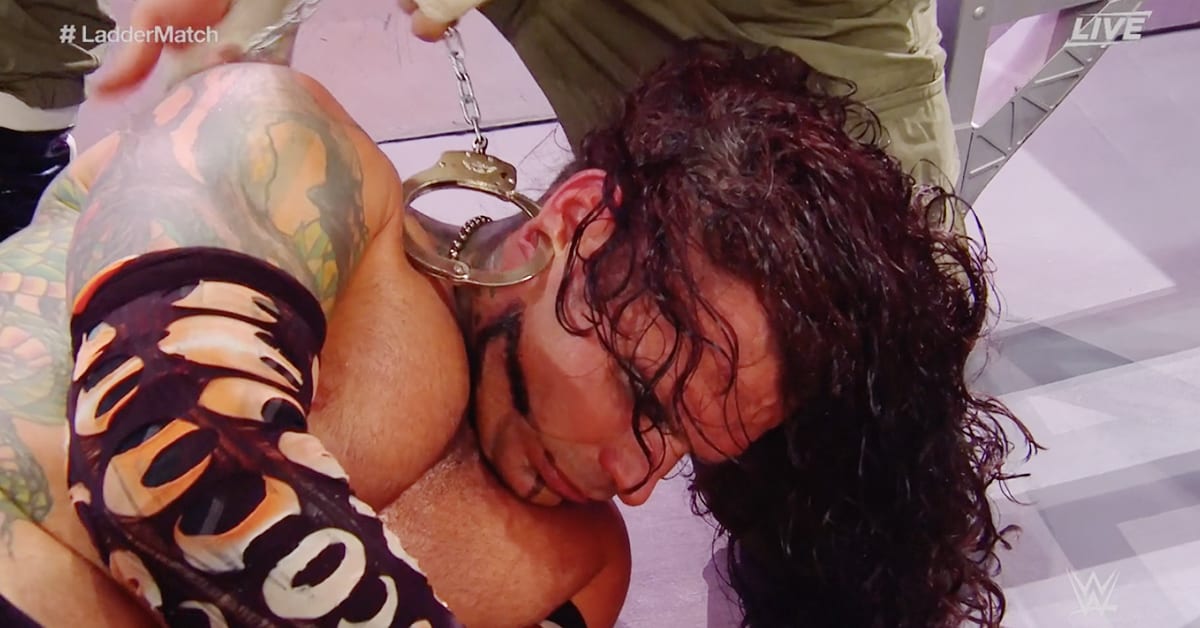 AJ then put Sami on his shoulders and began climbing the ladder, while Jeff picked up the ladder he’s ‘ear-cuffed’ to and enters the ring.

Sami has the key and opens his handcuff and handcuffs AJ to the ladder.
Sami climbs the ladder and wins the match! 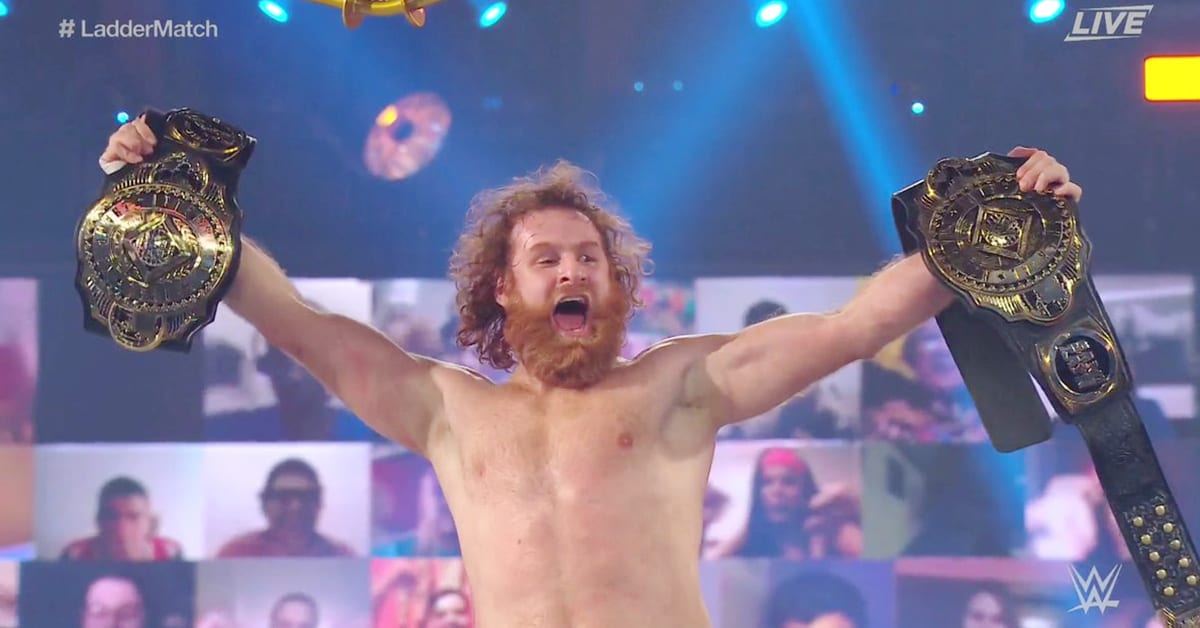 In the post-match interview, Sami told Kayla Braxton that he’s not a new champion, but he’s STILL the Intercontinental Champion!