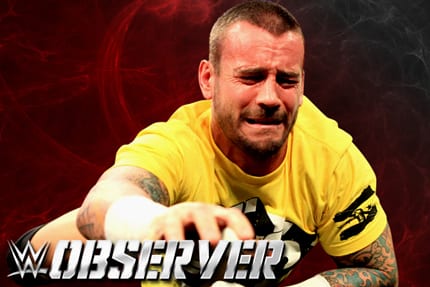 In a recent interview with Sports Illustrated, former WWE Champion & UFC fighter CM Punk talked about his time in WWE, doing MMA and more. When he was asked about the reasons that made him a good professional wrestler, here’s what he had to say:

“Well, that’s another thing in that phony world. What does it mean to be a good fake wrestler? That’s an identity crisis that I think I struggled with. It doesn’t matter if you’re the best; someone else picks who they want in the top spot.”

Here’s what he said when asked why more of his former pro wrestling peers haven’t made the move to MMA:

“I’ve always been surrounded by guys who talked about it. Half of them talk about it; none of them do it. They have their little comfortable safety net doing WWE stuff, I guess. I would much rather give it a shot than just talk about it.”

CM Punk is badmouthing WWE and the sport of Professional Wrestling in every interview nowadays, a sport that has made him a millionaire.

How can someone be any more ungrateful than that?

If it wasn´t for the WWE, Punk would still wrestle for $70 infront of 100 people in local High School Gyms every weekend.

But that´s what´s happening when you are a mark for yourself, believing you´re entitled to main event WrestleMania.

Any of his fans should try to tell their boss how to do certain things and see how he reacts.

Then Punk complains about getting fired after walking out on them, I encourage anyone who still supports him, to just stay at home from your job and try not getting fired. Good luck with that!!