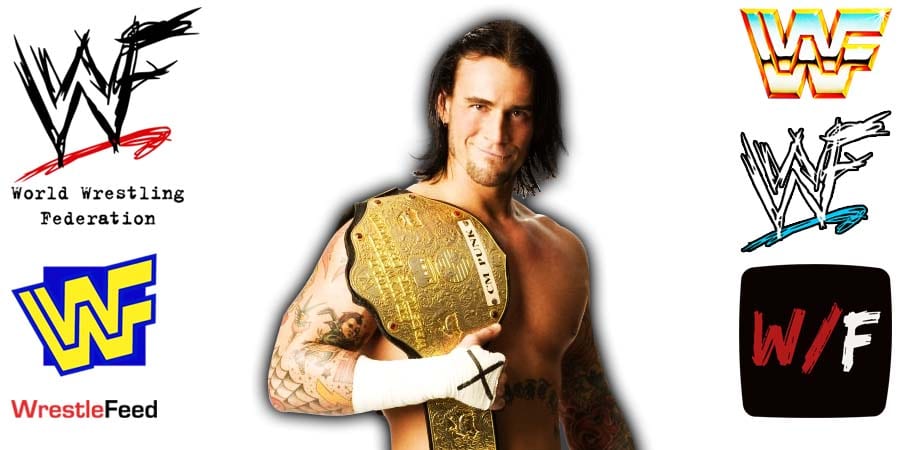 Former WWE Wrestler CM Punk recently spoke to The Movie Crypt, where he talked about fear and what actually scared him.

Punk pointed out a spot in the TLC main event match of the SummerSlam 2009 PPV, that saw him successfully defeating World Heavyweight Champion Jeff Hardy for the Title, before being confronted by WWF Legend The Undertaker.

Here’s what Punk had to say about that spot:

“I remember wrestling Jeff Hardy in the Staples Center and he was jumping off a very tall ladder onto me.

I just had to lay on the table for an extended period of time, which really makes you think about it.

It’s one of those things where, I’m just looking and thinking, ‘he’s really high up there.’

You just stew in that moment and I was thinking, ‘I should just get up and walk away. Why am I laying here? This is stupid.’

He finally jumped on me and I was like, ‘Yeah, that hurt.’ You want to protect Jeff more than you want to protect yourself because he’s the one that’s jumping, but you realize that’s a 200-pound man hurdling at you from a great height and it’s not going to end well for either of you.”

CM Punk was last seen in the WWE as an entrant in the 2014 edition of the 30-man Royal Rumble match and hasn’t wrestled another professional wrestling match since.

Also Check Out: CM Punk Gets A Tattoo To Pay Tribute To A Late WWE Hall Of Famer (Photo)