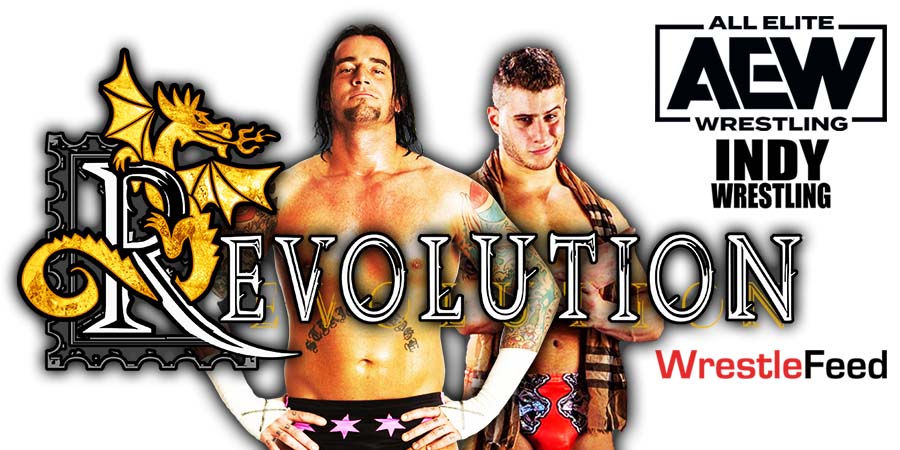 During the post-Revolution media scrum, Punk noted that this match was a ‘love letter’ to Piper.

On paying tribute to Roddy Piper with his Dog Collar Match with MJF:

“Why am I creating these moments? It’s a love letter to Roddy Piper. During my career, I had a couple of good Dog Collar Matches with some good people. It just kinda made sense to tell the story.

I love Roddy Piper, I don’t think that’s a secret. MJF loves Roddy Piper, too. I think it’s important that while telling stories, you can always go back to the bedrock of pro-wrestling.”

If he’ll do more Dog Collar Matches in the future:

“Hopefully not. They’re hard. I think Dog Collar Matches are stupid dangerous, I’m happy that I still have all my teeth. They’re very brutal. It’s hard for fans to understand truly how brutal they are.

I think most people have been punched in the face once or twice in their lives, so they can kinda relate to that. But having 10-20 feet of loggers chain attached to your neck – it sucks.”

Also Read: “I don’t want Vince to own any of my footage” – CM Punk On Wrestlers Not Making Enough Money From The WWE Network