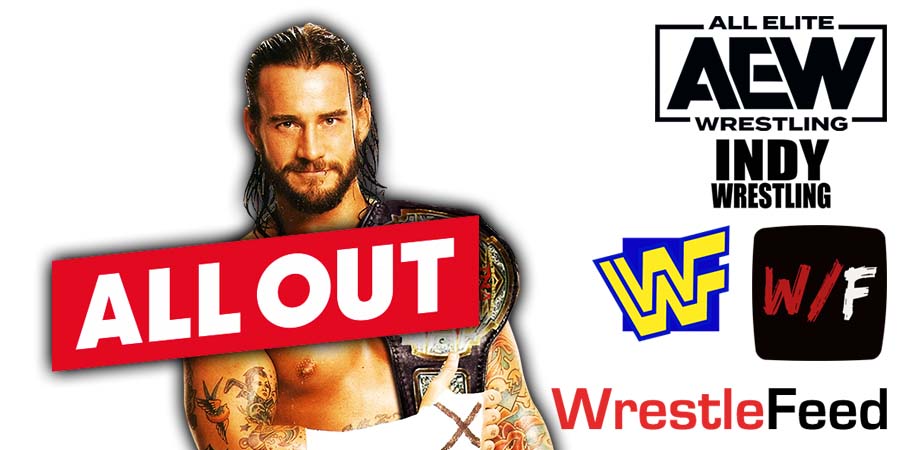 • CM Punk Possibly Injured During Backstage Fight After All Out

According to the Wrestling Observer, this is not a work and is turning into a legal situation:

“It absolutely, 100% it’s not a work. I can tell you, there’s legal people involved – a lot of legal situations involved and it can be very messy. I think that’s one of the reasons why AEW is not allowed to talk about it.

There are suspensions stemming from the Sunday fight that was a result of Punk’s post-All Out press conference comments where he called out ‘the EVPs’ of AEW in addition to Hangman Page, Colt Cabana and MJF with inflammatory language.

Ace Steel and Pat Buck will not be at Wednesday’s Dynamite, but it’s unconfirmed if they are officially suspended. Others involved in the fight will also not be brought to Buffalo.”

The Observer is also reporting that word going on is that Punk got injured during this fight.

Speculation is that he either tore his pec or injured his biceps/shoulder.

On this day in 1986, the World Wrestling Federation aired the first ever episode of their weekly TV show ‘WWF Spotlight’.

This used to be the original third nationally syndicated show ‘WWF Superstars of Wrestling’ until the August 30, 1986 episode and then became known as ‘WWF Wrestling Spotlight’ on September 6, 1986.

At the same time the show’s old name “WWF Superstars of Wrestling” replaced the name of the 1st nationally syndicated weekly show ‘WWF Championship Wrestling’ on the very same day.