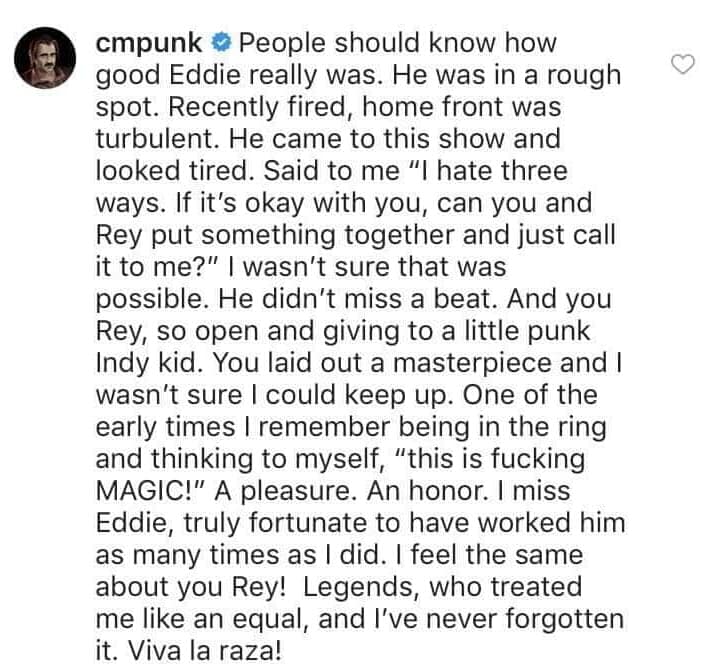 You can watch Eddie Guerrero vs. CM Punk vs. Rey Mysterio below: