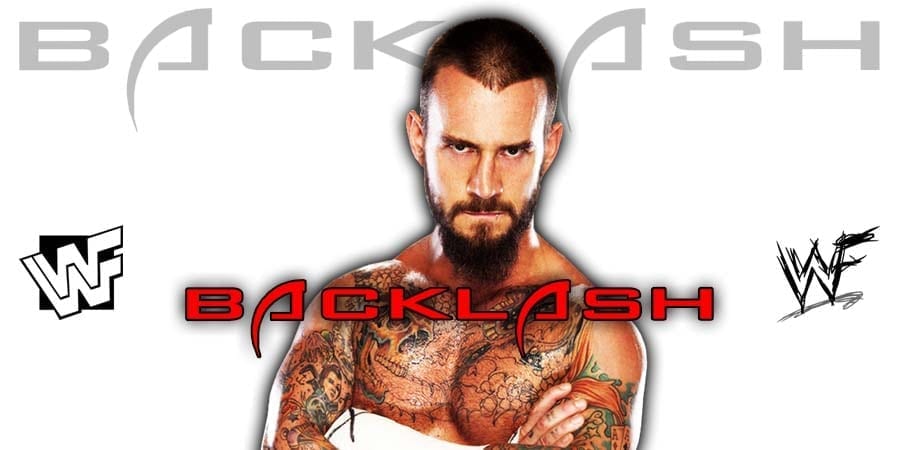 After doing jobs on WWF TV in 1993, he eventually ended up as one member of the Tag Team ‘The Headbangers’.

Together they even held the Tag Team Titles for a month in 1997, before Mosh turned into “Beaver Cleavage” and then “Chaz”.

The Headbangers made a return to WWE TV in 2016, when they were used on the SmackDown brand to spice up their tag team division with a little “OLD SCHOOL” feeling, but WWE creative once again failed with their booking decisions and removed them from the roster after just a few weeks.

• CM Punk Takes A Jibe At The Tagline For Edge vs. Randy Orton

WWE Backstage analyst CM Punk is set to return to the show next Tuesday on FS1.

He took to Twitter to promote his return, while mocking WWE’s tagline for the rematch between Edge and Randy Orton at Backlash next month.

The company has been advertising the match as “The Greatest Wrestling Match Ever”.

Punk copied the catchphrase and changed it up a little bit to call his return to Backstage, “The Greatest Episode Of Backstage Ever”. As you can see, he not only promoted his return in a funny way, but also took a shot at the catchphrase for Edge vs. Randy Orton.

THE GREATEST EPISODE OF BACKSTAGE EVER.