As seen on this week’s RAW, Seth Rollins & Murphy badly beat down Dominik Mysterio with a Kendo Stick.

Dominik’s father, Rey Mysterio, posted the following after this on Instagram:

“You took this to another level @wwerollins

You will FKN pay for this!!” 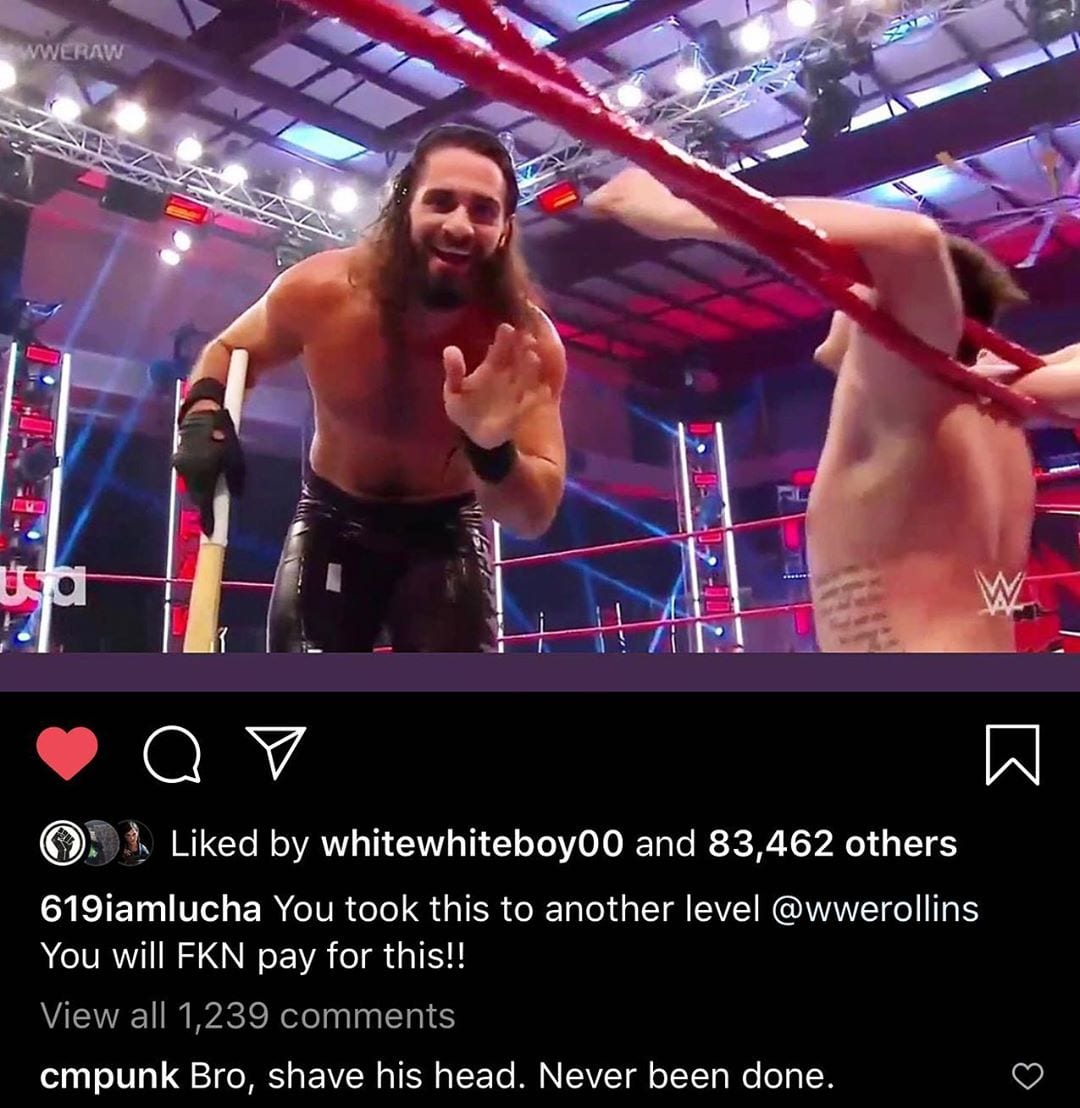 Punk is referring to the time he got his head shaved by Mysterio 10 years ago at WWE Over The Edge PPV.

Punk then noted that he’s knows a thing or two about “retribution”:

I’m just sayin’ I know a thing or two about retribution.