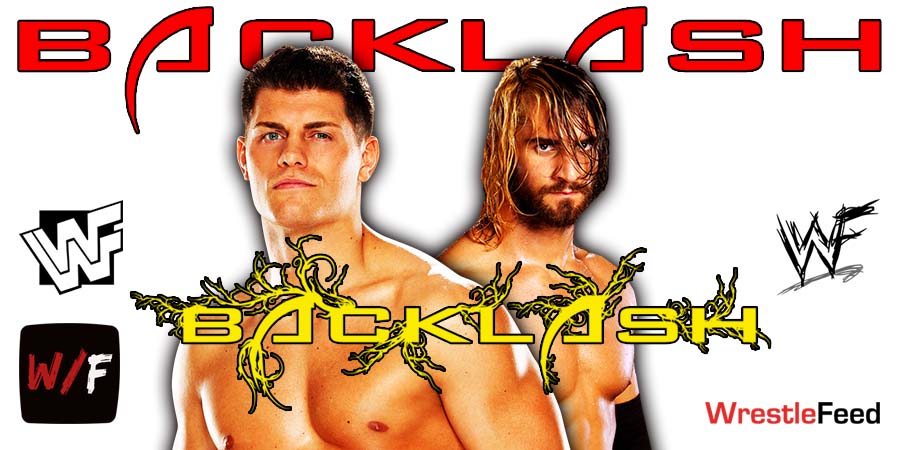 • Cody Rhodes Reveals What’s Next After His WrestleMania Backlash Win

In the opening match of WrestleMania Backlash 2022, Cody Rhodes defeated Seth Rollins in a WrestleMania 38 rematch.

Cody grabbed Seth’s tights to pin him, because Seth tried to do the same.

In the post-match interview backstage, Cody said he wants to go after the Undisputed WWE Universal Championship next:

I have a specific goal that we have already talked about. This is unfinished business for me, and I have to get it done.

I have to be honest, I wasn’t stoked about a roll-up victory [over Rollins]. I had to grab his tights. I stole a page from The American Dream, I totally know how to play this game. I didn’t get caught, he half-a$$ed it, and I was able to secure the victory.

After the match, I did the generic symbol for wanting the belt – because it’s real. That’s what I want.

To be able to get two [wins] on him, I think we can walk away on this one. Seth is an amazing, amazing Superstar wrestler, I can’t wait to see what he does next. Whatever he does now, good luck.

I’m moving forward, I’m excited to see what that is – maybe the WWE Universe can tell me what’s next. I’m looking forward to it!”

– Johnny B. Badd vs. Dave Lynch

– Flair for the Gold (Windham no-shows)