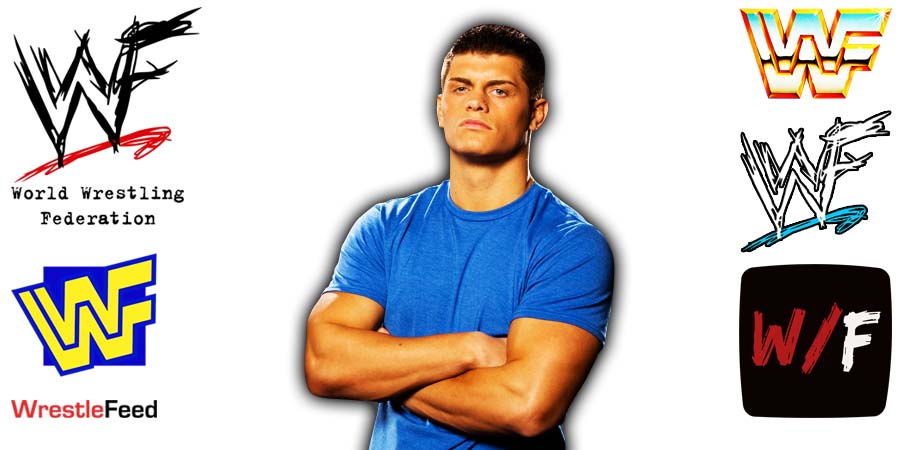 • Cody Rhodes Says He Has Changed His Look After AEW Departure

Former AEW Superstar Cody Rhodes is reportedly on his way back to WWE.

Some sources report that he might have already signed a contract and began working too.

Cody noted on his Instagram story that he has changed his look. Below is what he wrote: 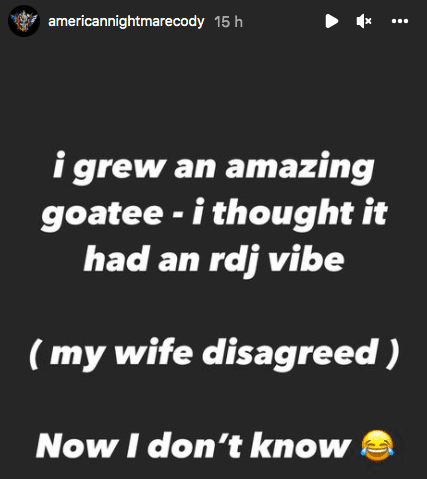 SmackDown Commentator Pat McAfee talked about Cody’s situation on his show. He first took a shot at Cody for starting All Elite Wrestling, but he was just kidding and is excited about Cody’s return to WWE.

Below is what McAfee said:

“I guess Cody Rhodes is coming to WWE. I guess, who cares? Him and his little friends started something, it was terrible.

We actually went head-to-head with them on Wednesdays. We beat them a couple of different times. Who cares? The hell with Cody Rhodes.

I’m actually pretty pumped if Cody’s coming back. He’s obviously a massive name in Sports Entertainment. If he’s coming to SmackDown, I’m excited about it.”