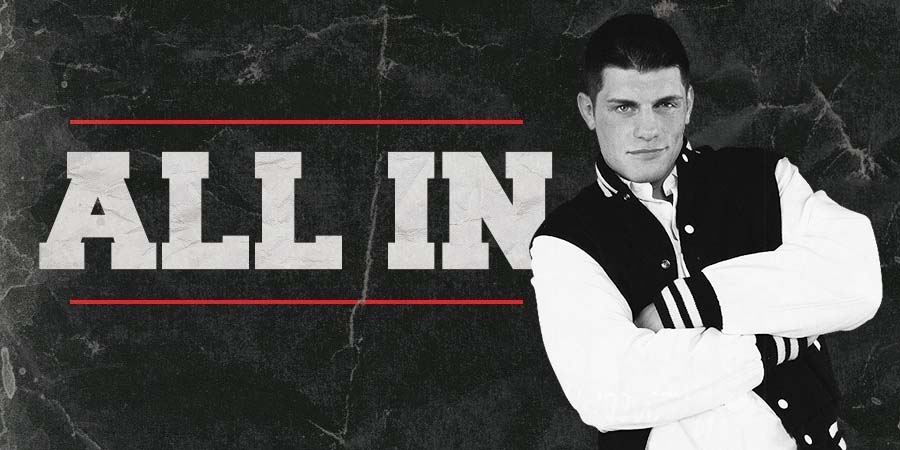 • Cody Rhodes & Young Bucks Tease ALL IN 2, Reason Behind ALL IN Main Event Ending Abruptly

After ALL IN went off the air, new NWA Worlds Heavyweight Champion Cody Rhodes and The Young Bucks came out and teased ALL IN 2.

The fans chanted “ALL IN 2” to Matt’s question.

Cody then said the following:

“I know when you make a bet, sometime you go double or nothing.”

Matt then took back the mic and teased ALL IN 2:

“We have no graphic, we’re not making any announcements. Just something we’re brainstorm, just spit-balling. But if you guys want it, you want more pro wrestling from the cast of Being the Elite. Then my family, my great friends, my cast of bandits, we will give you more of this because we couldn’t of done this without you.”

Cody Rhodes with the All In 2 “Double or Nothing” tease #AllIn pic.twitter.com/zAgd91UwOz

The Wrestling Observer also noted that ALL IN was originally scheduled to end at 10:58 pm ET, but then a deal was made to end the show at 10:59 pm ET. The Young Bucks had to quickly call the finish towards the end and the show went off the air 15 seconds after the main event was over.