– Akira Tozawa def. Jack Gallagher to get another point in the Interim NXT Cruiserweight Championship Tournament

This entrance was AWESOME.

– NXT Women’s Championship Match: Io Shirai def. Charlotte Flair (c) via DQ (Charlotte attacked Io with a Kendostick to cause a DQ and Rhea Ripley then made the save for Io after the match)

– KUSHIDA def. Jake Atlas to get another point in the Interim NXT Cruiserweight Championship Tournament

– Cameron Grimes def. Denzel Dejournette (Grimes dropped Finn Balor’s name after the match. Balor came out and laid him out)

– MJF vs. Jungle Boy is announced for AEW Double Or Nothing 2020 PPV

– Lance Archer def. QT Marshall (Britt Baker laid out Brandi Rhodes after the match. Jake Roberts then got his snake and put it on Brandi) 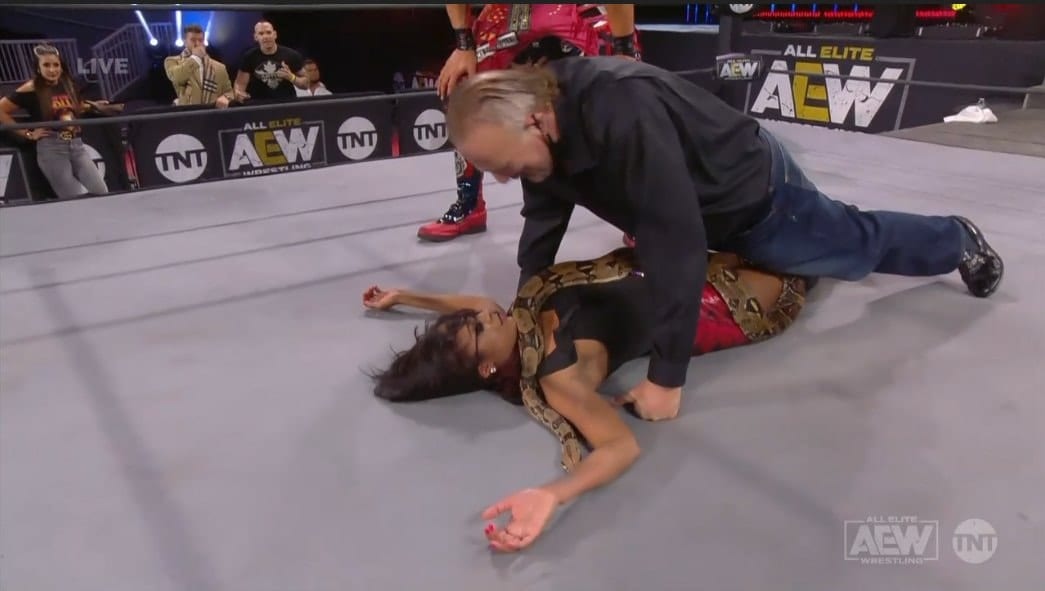 – Jon Moxley vs. Brodie Lee for the AEW World Championship has been made official for the main event of AEW Double Or Nothing 2020 PPV

It has broken down here in Jacksonville!
Watch #AEWDynamite NOW on @TNTDrama or https://t.co/GdI7QAsxEP for our International fans. #AEWonTNT @AEWonTNT pic.twitter.com/gL3k5ewZhM