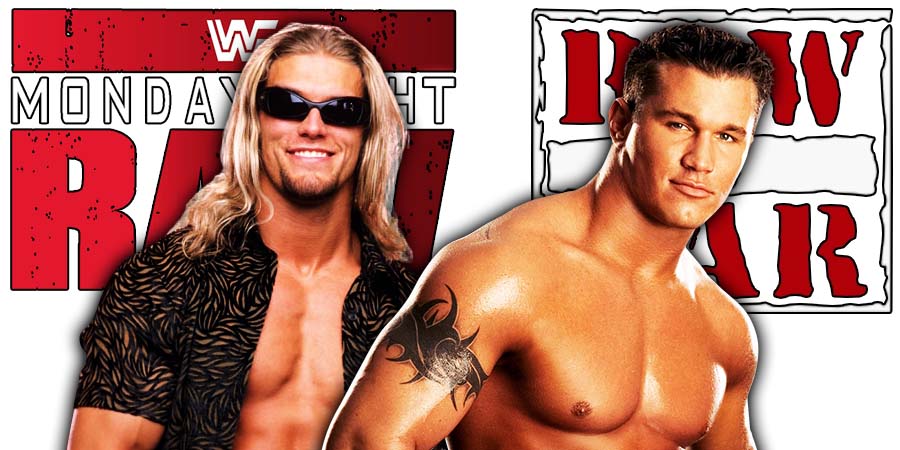 Below are the complete results from tonight’s go-home edition of RAW for this Sunday’s Backlash 2020 pay-per-view:

– RAW kicks off with Asuka getting ready for her match, but Bayley & Sasha Banks interrupt and want to celebrate becoming the new WWE Women’s Tag Team Champions. Charlotte Flair comes out and wants them to leave so she can have her match against Asuka. The IIconics interrupt and everyone fights.

– Rey Mysterio says his eye is healing, and he’s coming after Seth Rollins when he gets cleared to return. Rollins invites Rey Mysterio & Dominik to RAW next week, then gets taken out with a Suicide Dive from Aleister Black

– Christian returns to hold The Peep Show with his best friend Edge. Edge says he knows there is pressure and has some self doubts about facing Randy Orton at Backlash. Christian tells Edge that if he is going to have doubts, and not bring the real Edge at Backlash he might as well go home, but there are people including himself that believe in him. Randy Orton says he’s going to do everything he can to embarrass Edge and end his redemption.

– Apollo Crews gets a new theme song and announces he will defend his United States Title at Backlash against the winner of a Triple Threat Match between Andrade, Angel Garza, & Kevin Owens

– Andrade def. Kevin Owens and Angel Garza in a Triple Threat Match (Apollo Crews vs. Andrade for the United States Championship is made official for Backlash)

– MVP holds the VIP Lounge. WWE Champion Drew McIntyre interrupts and questions how MVP is going to help Bobby Lashley win a World Title when he has never won any himself. McIntyre then counts down to give MVP a Claymore Kick, but Lashley arrives to stop McIntyre. McIntyre then headbutts MVP and is about to face off against Lashley, but The Street Profits and Viking Raiders arrive.

– Bobby Lashley & MVP def. The Viking Raiders (After the match, Lashley put Ivar in the Full Nelson, but Drew McIntyre made the save and broke it with a Claymore Kick to Lashley)

How do you break @fightbobby's Full Nelson?

– Charlotte Flair def. RAW Women’s Champion Asuka (Nia Jax interrupted, but Asuka took her out. Charlotte took advantage of this and laid out Asuka to win the match. Nia then attacked Asuka after the match to send a message ahead of Backlash)