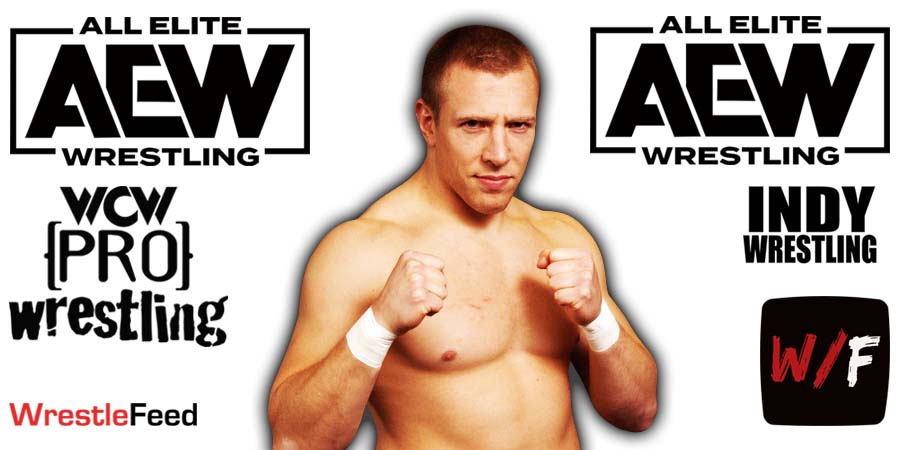 Below are the results from tonight’s go-home episode of AEW Dynamite for this Saturday’s Full Gear 2021 pay-per-view:

– American Top Team attacked Inner Circle as they were making their entrance. Dan Lambert put Chris Jericho through a Table, and then put him in The Walls of Jericho.

The hatred is real! @CMPunk and @MadKing1981 do NOT want to wait for #AEWFullGear this Saturday! Watch #AEWDynamite LIVE NATIONWIDE on @tntdrama NOW! pic.twitter.com/iIjTncKSl7

– Miro said what he does to Bryan Danielson at Full Gear is not personal, it’s just that Bryan is a body standing in front of him. Miro claimed that he needs to win this tournament so he can put the AEW World Title on his shoulder, and the Champion under his foot. Miro told Bryan to say goodbye to his wife, so he can say hello to his.

– Kenny Omega & “Hangman” Page had a Contract Signing for their AEW World Championship match at Full Gear. Hangman said he doesn’t know what’s left to say and the sooner he signs the contract, the sooner he gets to Full Gear and wins the AEW World Title. Page signed the contract.

Omega said he’s sad because he and Page used to be friends, partners, and family, and that everything was meant for him. Kenny claimed that he saw a little of himself in Hangman, but Hangman’s insecurities stopped him from becoming great, and that Page is a disappointment.

Adam reminded Kenny that he thought the same about his old partner Kota Ibushi, and that Kenny felt like he didn’t measure up to either. Page claimed Omega told him he was proud of him last year at Full Gear. Hangman said Kenny is afraid of him, that last year he lost to Kenny, but this time he will win and become the new AEW World Champion.

Omega said that he wants to shake Hangman’s hand man-to-man and they can even end their rivalry at Full Gear. Hangman hesitated, but decided to shake his hand. The Cameraman hit Hangman with his camera and it’s revealed to be Don Callis. Kenny took some of Hangman’s blood and signed the contract with it.

It was all a set up! @TheDonCallis attacks and the contract is signed…in @theAdamPage's BLOOD! THIS SATURDAY, Hangman vs #AEW World Champion @KennyOmegamanX at #AEWFullGear LIVE on PPV! #AEWDynamite pic.twitter.com/JFRGdQwf7E

On this day in 1991, we lost Old School Wrestling Legend Dick the Bruiser (Real name: William Afflis) at the age of 62 due to internal bleeding.

† REST IN PEACE DICK THE BRUISER