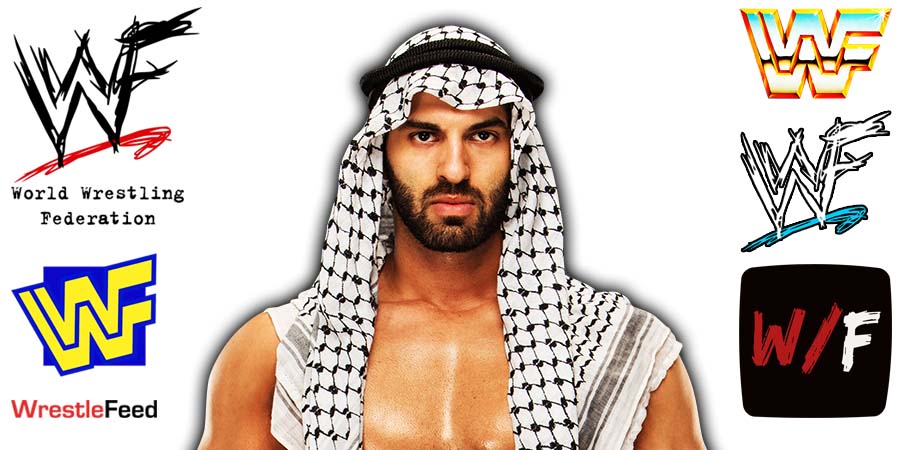 Below are the results from tonight’s AEW Rampage, which was the go-home edition of the show for tomorrow night’s AEW Full Gear 2021 pay-per-view:

– Jungle Boy def. Bobby Fish (After the match, Adam Cole came out. He and Fish attacked Jungle Boy. Christian Cage & Luchasaurus come out and took, out Fish while Cole escaped)

– “Hangman” Adam Page apologized to The Young Bucks backstage. Page claimed that he was an a$$ for a very long time. Page said he cost them a shot at the AEW World Tag Team Titles, but they cost him and Dark Order a Title shot as well. Page said they are even now, but at Full Gear if they try to lay their hands on him, then he will ruin them.

– Dante Martin def. Ariya Daivari (Ariya is a former WWE 205 Live wrestler and this was his AEW debut. After the match, Ricky Starks gave Dante a contract to join Team Taz)

– Matt Hardy def. Orange Cassidy in a Lumberjack Match after The Blade knocked out Cassidy with Brass Knuckles

The brass knuckles from @BladeofBuffalo gives @MATTHARDYBRAND the tainted victory and #HFO takes out #BestFriends on #AEWRampage!

This episode took place at the TNA Impact Zone in Orlando, Florida and featured matches, interviews & storyline segments on the road to the ‘TNA Turning Point 2009’ PPV.